Pakistan have been on a roll since their 2-2 series draw in England in August, which briefly lifted them to number one position in world cricket's Test rankings for the first time.

Dubai: In-form Pakistan are ready to launch a pink-ball spin assault on struggling West Indies when they do battle in Asia’s first day-night Test from Thursday. Pakistan have been on a roll since their 2-2 series draw in England in August, which briefly lifted them to number one position in world cricket’s Test rankings for the first time. Arch-rivals India relegated Pakistan to number two with recent victory over New Zealand but Misbah-ul-Haq’s men have a prime opportunity to close the gap in the three-match series against the West Indies and are strong favourites. FULL CRICKET SCORECARD: Pakistan vs West Indies, 1st Test match

Pakistan captain Misbah said he was relishing the prospect of a day-night Test, where play will be from 3:30 pm to 10:30 pm (1130 GMT to 1830 GMT) with two breaks of 30 minutes, in what is nominally a “home” series for Pakistan. “It’s exciting because I think the future belongs to day-night Tests,” said Misbah, whose team will be missing senior batsman Younis Khan, recovering from dengue fever. Pakistan have included in-form batsman Babar Azam, 21, for his first Test after he racked up 360 runs during the one-day series against the West Indies.

But misfiring openers Mohammad Hafeez and Shan Masood have been axed from the squad which levelled the four-match Test series against England. The West Indies, routed by Pakistan 3-0 in both Twenty20 and one-day series preceeding the Tests, come in as clear underdogs. Coach Phil Simmons, who guided them to the World Twenty20 title in April this year, was sacked prior to this tour after the team lost 2-0 to India in a four-match series in August. ALSO READ: Pakistan vs West Indies, Day-Night Test: Devendra Bishoo says, pink-ball can help bamboozle hosts

But captain Jason Holder said the West Indies — down in eighth in the Test rankings — are ready to bounce back. “We have some new faces in Tests so we will do our best,” said Holder. Experts, however, see Pakistan’s spin duo of Yasir Shah and Zulfiqar Babar proving too much for the spin-wary West Indian batsmen, especially in the unfamiliar day-night format with the pink ball and under lights.

Australia staged the inaugural day-night Test against New Zealand in Adelaide last November — the first in Test cricket’s 140-year history. The innovation has been brought in to address the dwindling crowds in Test cricket — floodlit matches encourage those at work during the day to attend — and has met with initial success.

The Adelaide Test attracted 123,000 spectators and an average television audience of two million. But players from both sides complained about the pink ball’s movement and durability, as well as the difficulty batsmen faced seeing it under lights. Pakistan have accumulated more experience than the West Indies under lights, adopting the coloured ball concept six years ago for the final of their domestic premier first-class tournament.

Pakistan have more than one reason to do well in Dubai — as well as grabbing a slice of Test history the match is their 400th Test since playing their first in India in 1952. A win will not only cap a historic occasion but will also give Pakistan momentum for their pink-ball Tests in Australia in December.

The remaining two Tests against West Indies will be in Abu Dhabi (October 21-25) and Sharjah (October 30-November 3). 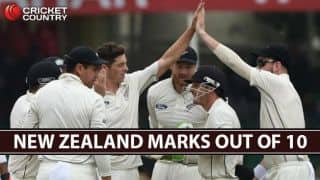 India vs New Zealand 2016, Test series: Marks out of 10 for the trembled Kiwis 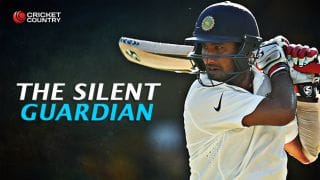