Both the teams could be trusted to put their 100 percent in this do-or-die match.

It has all the makings of a cracking contest as West Indies and Pakistan battle for a spot in the semi-finals of the ICC World T20 2014. It is a virtual quarterfinal as the two teams are locked on four points each. The winner will move to six, finishing second behind India in Group 2 of the Super 10s. It should be an intense game as both teams come into the game with similar fate. Both began their campaign by losing to India and then bounced back comprehensively beating Bangladesh and then edging past Australia.

Again, spin is the talk of the town as the slow surface at the Sher-e-Bangla National Stadium, Mirpur has helped that kind. Both sides bank on their tweakers and have men who can win it with their arm. West Indies have the wily Sunil Narine and Samuel Badree, the leg-spinner. Pakistan have Saeed Ajmal unleashing his bag of tricks along with Zulfiqar Babar. Shahid Afridi and Mohammad Hafeez also contribute here. This has meant that both sides leave out fast bowlers, who are normally fixtures in their one-day side. Junaid Khan sits out for Pakistan. While Ravi Rampaul bides his time for the West Indies.

West Indies’ batting didn’t fire earlier in the tournament as well as they would have liked. But now, Chris Gayle worked himself into his hitting rhythm with that performance against Australia. The encouraging thing for them is that even Dwayne Smith, Dwayne Bravo and Darren Sammy have also found form and would be raring to go in this contest. Marlon Samuels too can be very dangerous when he gets going.

In the bowling, Narine and Badree are the main men of course. However, there is a Krishmar Santokie who takes the paces off the ball and his military medium pace can be tricky on this surface.

Pakistan too have batsmen who are in good touch. Ahmed Shehzad roared with a brilliant ton against Bangladesh and that was some answer to his critics. They also have someone like a Kamran Akmal, who has seemed to have found good form, but is not converting his starts. Umar Akmal is another young batsman who is a dangerous man in this line-up. And then there is the calming influence of Mohammad Hafeez and Shoaib Malik. And what to say about Shahid Afridi. He can come in anytime and smash it around.

While there is a lot of talk about spin, Umar Gul has done well to bounce back after a struggle. In the last two games, he has bowled good spells and will the one of the main factors for Pakistan. But, the other fast-bowling spot is still uncertain. Will they bring in Junaid and leave out Sohail Tanvir, who was brought in for the last game in place of Bilawal Bhatti?

There is everything to play for in this game and since it is an evening game, the team winning the toss may follow the trend and bowl first. Who will get through to the semi-final? 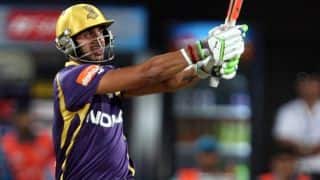 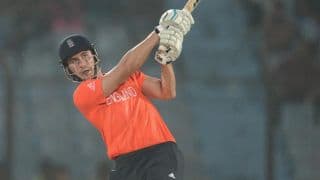