Karachi [Pakistan] (ANI): Days after earning his maiden Test call-up for the upcoming three-match series against West Indies, Pakistan left-arm spinner Mohammad Nawaz has said that he is looking forward to put in extraordinary performances whenever he gets an opportunity to represent his country. While insisting that he doesn t want to waste the opportunity he had been presented with, Nawaz said there is no point being in the green shirt if he doesn t give his absolute best. Nawaz grabbed the limelight during the inaugural edition of the Pakistan Super League (PSL), where he was the third highest wicket-taker of the tournament. FULL CRICKET SCORECARD, PAKISTAN VS WEST INDIES, 1st TEST

There is nothing like playing for your country. If you don’t want to do the best for your country then there is no point being in the Pakistan shirt. It’s the dream of millions to play cricket for Pakistan and I don’t want to waste this opportunity that I have been presented with, the 22-year-old was quoted as saying by PakPassion.net.

Since then the spinner has become a familiar face in the Pakistan limited-overs cricket, having claimed ten wickets from eight ODIs and three wickets in five T20I games. Nawaz, who has gained a place in the Test squad based on his recent impressive performances, vowed that he would continue to work hard and keep his focus intact in order to reach greater heights.

The most important thing for me is to continue to work hard on my game and keep my focus. What’s happened over the last few months has been unbelievable but this is just the beginning. I need to maintain my focus and have a clear vision of what I want to achieve and to ensure that my performances are of a high standard, he said. 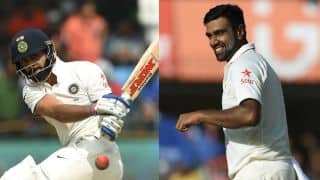