Younis Khan scored an epic 218 in Pakistan's last Test against England in September 2016 thereby helping his side to draw the four-Test series at 2-2.

Senior Pakistan batsman Younis Khan has withdrawn from the first Test against West Indies following advice from doctors to rest after he contracted dengue fever. The 38-year-old was infected by the mosquito-borne virus last month and was admitted to a local hospital. The first Test which is supposed to be the first day-night contest for both teams will be played with a pink ball and starts on October 13. Younis — who is the highest Test scorer for Pakistan with 9,456 in 108 Tests — will be available for the second Test starting in Abu Dhabi on October 21. Full Cricket Scorecard, Pakistan vs West Indies, 1st Test, Abu Dhabi

The stylish batsman scored an epic 218 in Pakistan’s Test at The Oval against England in September 2016, helping his side to draw the four-Test series at 2-2. Pakistani selectors are expected to announce the Test squad by Friday. Pakistan have whitewashed West Indies 3-0 in both the Twenty20 (T20I) and One-Day International (ODI) series and start as firm favorites in the longer format versus a below-par team.

“Younis has conveyed to the selection committee that he will not be fully fit and needs another ten-day rest to regain his strength after recovering from dengue fever,” told a Pakistan Cricket Board (PCB) spokesman.

Pakistan’s Test skipper, Misbah-ul-Haq, will be back to leading his side and hope for another emphatic performance by his boys against Jason Holder’s side who are having a miserable time in their ongoing tour of United Arab Emirates (UAE). The third Test will start on October 30 in Sharjah. 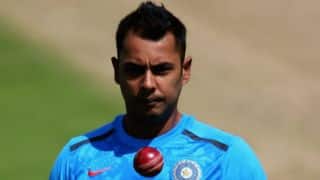 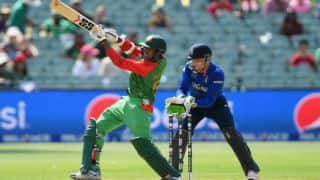