The second game is on Wednesday and the third on Friday both in Lahore.

Pakistan on Tuesday took a giant step towards reviving international cricket at home with a 20-run victory over the World XI in a match before excited crowds amid tight security. The T20 match, accorded international status by the ICC, is the first game of only the second series Pakistan has hosted since militants attacked the bus of the visiting Sri Lankan team in March 2009. The Sarfraz Ahmed-led side defended the total of 197 in style and Babar Azam was the catalyst who scored his highest T20 score of 86, being adjudged Man of the Match. Azam, however, was not under pressure and played with ease.

“It s all in the mindset. I practice accordingly. No pressure. It was a slow wicket and we concentrated on building the partnership. I m working hard on my fitness. Towards the end of my innings, I realised I need to work more on my fitness,” as quoted by Indian Express. Meanwhile, Sarfraz thanked the crowd.”It was a historic occasion and I thank the crowd for coming in good numbers. It was an important game. Babar and Shehzad played really well. Shoaib Malik did well towards the end. There s lot of talent in the domestic circuit and I m sure many youngsters will get their chances in the future if they keep working on getting better. I want to thank crowd and PCB for making this a grand success. It has been organized very well and I m delighted.”

Meanwhile, the spectators were excited about the prospect of cricket arriving in Pakistan. “I came here early to watch the teams come but that was not possible due to security so I only watched them in the ground and it made my day,” said spectator Azfar Ali.

Pakistan, sent into bat by World XI skipper Faf du Plessis, notched 197-5 with Babar Azam hitting a rapid 52-ball 86. His career best Twenty20 score had ten boundaries and two sixes. Azam added 122 for the second wicket with Ahmed Shehzad (39) as Pakistan built on the loss of opener Fakhar Zaman for eight. Shoaib Malik smashed a 20-ball 38 with two sixes and four boundaries to give the final touches to the innings.

The World XI started off well with Tamim Iqbal hitting 18 with three boundaries and Hashim Amla smashing three boundaries and a six in his 17-ball 26 but left-arm pacer Rumman Raees dismissed both in the same over to put the brakes on their innings. Skipper Faf du Plessis hit four boundaries and a six while Darren Sammy smashed three sixes both scoring 29 but were unable to see their team through. For Pakistan, paceman Sohail Khan and leg-spinner Shadab Khan finished with two wickets apiece.

World XI skipper du Plessis blamed his dismissal for the team’s loss.”I needed to get a 50 or 60 for us to win,” he said, adding “It was a good game and I thought Pakistan played really well. They have great variations in their bowling attack and ours was probably a bit one-dimensional. We got starts, but couldn t kick on. Quick turn-around and make sure we rest up and come fresh tomorrow. It s great to play in front of the Pakistani crowd and hopefully the stadium will be full for the next 2 games”. The second game is on Wednesday and the third on Friday both in Lahore. Du Plessis said it would be a “quick turnaround, I don’t think I’ve ever played two T20s in two days”.

Pakistan hopes the series will showcase an improved security situation as it seeks to entice other foreign opponents. Sri Lanka are due to play a T20 in October, and will be followed by the West Indies who are due to play a mini-series of three Twenty20s in November. Tuesday marked the first time that five of the Pakistan players, Ashraf, Zaman, Shadab, Raees and Hasan Ali played an international match on home soil. 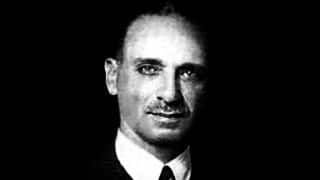 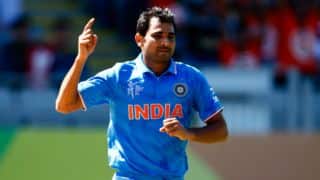