Pakistan will be favourites to win the second ODI too.

Pakistan will take on Zimbabwe as the favourites to win the second One-Day International (ODI) and by extension the three-match series after they comfortably won the first encounter. Like the first match, the second will also be staged at Harare. Pakistan were absolutely dominant in the first game and if Zimbabwe don’t pull their socks up, they could suffer a similar fate this time round. Pakistan’s batting in the first game provided some cause of worry as the top order trio were dismissed cheaply in a range of 10-12 runs per batsman. However, the middle order staged a fine recovery. SCORECARD: Zimbabwe vs Pakistan 2015, 2nd T20I at Harare

After a steadying partnership by Shoaib Malik and Sarfraz Khan, Imad Wasim and Mohammed Rizwan finished well scoring quick fifties. Pakistan’s total shot up to a well defendable 259 on a tricky Harare track. Zimbabwe’s bowling started well but slagged off as the game progressed.

Catch the live telecast of the Zimbabwe versus Pakistan second ODI on Ten Cricket. The live streaming of the match is available on tensports.com. Live cricket updates: Zimbabwe vs Pakistan, 2nd ODI at Harare

Zimbabwe’s response to the target of 260 was highly unattractive. They were unable to deal with spin of Yasir Shah and co. Yasir picked six wickets with his intelligent legspin. Malik contributed with three wickets while one remaining wicket was also taken by spinner Imad. Sean Williams with 26 runs was the top-scorer with a mere 26 runs. Zimbabwe lost the battle by a crushing 130-run margin. Another win will give Pakistan the series win, while they will eye the jackpot whitewash by winning both the pending encounters. 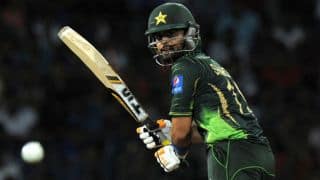 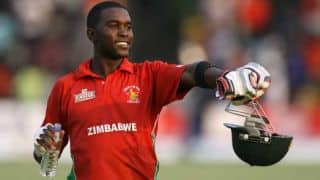