Catch the live telecast of the Pakistan vs Zimbabwe second T20I match at in Lahore, on PTV Sports in Pakistan

Former T20I world champions, Paksitan face of against minnows, Zimbabwe in the second and final T20I of the two-match series at the Gaddafi Stadium in Lahore on Sunday. Pakistan have already won the first game at this very ground and would look to make a clean sweep. LIVE SCORECARD AND COMMENTARY: Pakistan vs Zimbabwe, 2nd T20I at Lahore

The dust would have settled now that the game has returned and a lot of the focus would return on the cricket. It was easy to be a little distracted ahead of the last game but this one should be business as usual. The festivities may be done, but expect this game to be attended by a big crowd. LIVE UPDATES: Pakistan vs Zimbabwe, 1st T20I at Lahore

Catch the live telecast of the Pakistan (PAK) vs Zimbabwe (ZIM) second T20I match at in Lahore, on PTV Sports in Pakistan. Pakistan vs Zimbabwe 2015, 2nd T20I Preview

However, there is a downside to this too. Often there are malignant websites disguised under the veil of free live streaming, but will only infest your computers with bugs and viruses. Moreover, in more grave cases, it could be used to spy on the user or steal information from devices. Be smart when visiting live streaming websites. Use only authentic sources for the service. 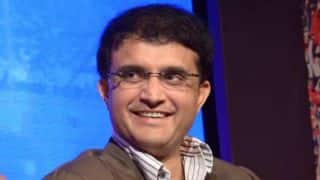 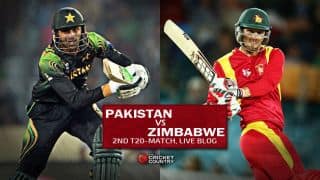