Viewers in Pakistan can watch streaming on sports.ptv.com and SONY LIV, while South African fans can follow their team supersport.com.

In the third match of the ongoing ICC Women s World Cup 2017, Pakistan will take on South Africa. Pakistan, much like their men s team, will be the underdogs against the formidable South Africa side. Sana Mir would like to replicate the success found by Sarfraz Ahmed and co., while Dane van Niekerk will want to erase the memories of a torrid Champions Trophy time spent by AB de Villiers and his men. The match will be played at Grace Road, Leicester. The live streaming in India will be available on Hotstar. ICC Women s World Cup 2017 preview: Inspired Pakistan look forward to South Africa challenge

Viewers in Pakistan can watch streaming on sports.ptv.com and SONY LIV, while South African fans can follow their team on supersport.com. The live telecast of the match will be showed on PTV and Ten Sports in Pakistan, while Super Sport and Super Sport 2 will air the match in South Africa. CricketCountry will also be doing a live blog and produce reports for the same. Apart from the updates commentary, the blog will also provide you with updates from the social media space. 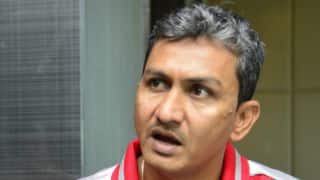