Pakistan cricket team's fans and former players on Tuesday showed mixed emotions after Bangladesh ousted India from the Asia Cup with a shocking five-wicket win over Sri Lanka in the last league match of the tournament. 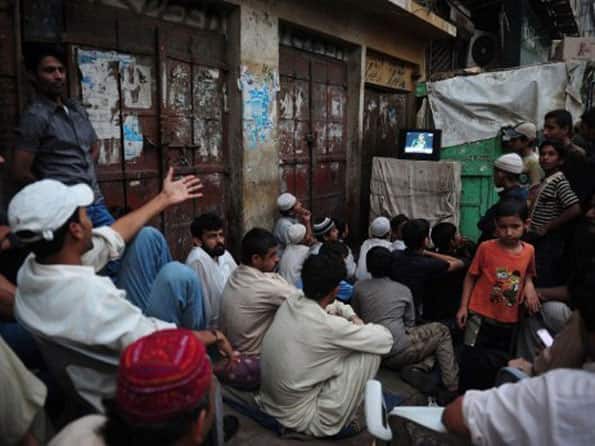 Pakistan cricket team’s fans and former players on Tuesday showed mixed emotions after Bangladesh ousted India from the Asia Cup with a shocking five-wicket win over Sri Lanka in the last league match of the tournament.

“This is very disappointing. We wanted India in the final. We were hoping that we could avenge our recent defeats to them in this final,” cricket enthusiast and banker, Mehmood Arif said.

Since India outclassed their team two days back Pakistani cricket fans, former players and experts have highlighted the fact that they had the capacity to avenge the defeat in the final.

India would have joined Pakistan in the final if Bangladesh had lost to Sri Lanka today.

“What would have been an explosive final will now not be the same without India. All of us wanted to play India in the final because it has been a long time since we defeated them in a big match,” student Zeeshan said.

Pakistan lost to India in the World Cup semifinal last year in Mohali and were thrashed in the Asia Cup on Sunday despite making 329 runs.

Beautician Maham Syed, an ardent cricket fan who watched the Bangladesh-Sri Lanka match, said she had prayed for a Sri Lankan victory.

“Without India there wouldn’t be much fun in the final.

After Sunday’s defeat the final was our chance to get even with them. But that chance is gone now,” she said.

But cricket writer, Saad Shafqat said whatever the public emotions the fact remained that Bangladesh deserved credit for their performance in the tournament.

“I think they have matured as a team and now they have more self belief in themselves. All this India talk is fine but Pakistan will need to be careful in the final,” he said.

“The BPL has made their top players more mature and responsible and they now have the confidence to chase even big totals. They will be dangerous opponents in the final although I would say Pakistan are favourites to lift the cup,” he said.

Former Test pacer, Jalaluddin said it was understood why people were disappointed.

“Sunday’s defeat was a shock to everyone. Everyone saw the final as a chance for our team to redeem themselves against the Indians but this is not going to happen in this tournament,” he said.

He said Bangladesh had even given a tough time to Pakistan in the league match so the final should be an interesting one.

“They have the batting firepower and disciplined bowling while their fielding is very sharp in this competition. I don’t think the final will be one sided,” he said. (PTI)