Warner was caught in a tangle as he shaped to let it go, left the bat hanging as he did so - the ball clipped the bottom-edge on its way to the keeper. 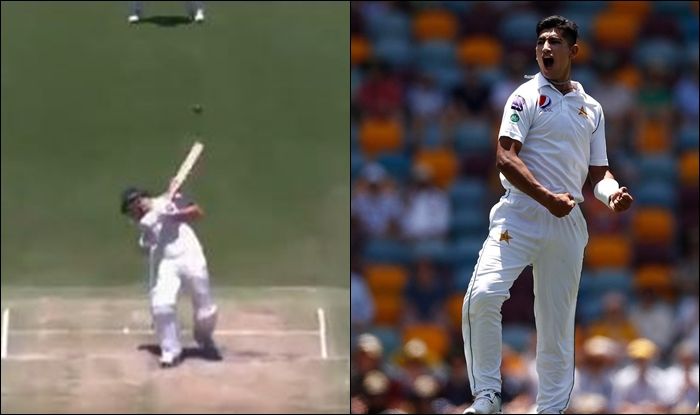 Pakistan’s teen sensation Naseem Shah has been in the limelight ever since making his debut against Australia at Gabba, Brisbane. 16-year-old Shah has also been in the news for his age. After he was denied his maiden wicket of David Warner on day two, due to over-stepping, Shah got his man on the following day with a lethal, well-directed bouncer. A well-set Warner on 154 had no answers to the bouncer.

Warner was caught in a tangle as he shaped to let it go, left the bat hanging as he did so – the ball clipped the bottom-edge on its way to the keeper. Mohammed Rizwan made no mistake as he took the catch.

Here is the delivery:

A special moment for Naseem Shah with his first wicket in Test cricket.

Shah received his Test cap from the legendary Waqar Younis, who himself had made his Test debut at the age of 17 in 1989, in the same match as Tendulkar’s debut match. And while accepting his Test cap, the 16-year-old could not hold back his tears and got emotional.

Naseem touted to be an exciting prospect, displayed his credentials during Pakistan’s warm-up game against Australia XI at Perth Stadium on Wednesday which ended in a draw with the tourists making a strong statement with the pink ball.

Having not bowled in the first innings, Naseem delivered a cracking spell of fast bowling that culminated in the teenager dismissing Marcus Harris (20) with a fearsome bouncer that caught the left-hander’s edge. He finished with figures of 1-21 in the match.

At Stumps on Day 2, Australia was comfortably placed at 312/1 with Warner and Labuschagne batting on 151 and 55 respectively. 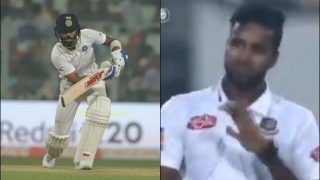 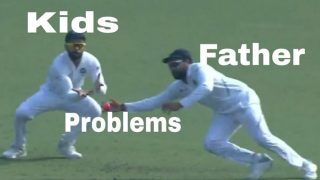