Imran Khan was issued a show-cause notice to appear before the commission on September 14, but he did not turn up.

Islamabad: Pakistan‘s election commission has ordered the police to arrest Pakistan Tehreek-i-Insaf chairman Imran Khan and present him before it on September 25 in a contempt case, according to media reports on Saturday. In a letter written to the Islamabad Senior Superintendent of Police (Operations) on Friday, the Election Commission of Pakistan (ECP) said that Imran was charged with contempt of the ECP under the Representation of Peoples Act, 1976, Dawn reported. A show-cause notice for contempt was issued in August on an application filed by Akbar S Babar, a former Pakistan Tehreek-i-Insaf (PTI) leader and the main petitioner in a pending case regarding the party’s alleged receipt of illegal foreign-funding. Imran Khan to face parliamentary probe over alleged sexual harassment charges

The notice was served after Imran allegedly declined to submit the party’s detailed accounts and instead cast aspersions on the ECP by calling it “biased”. The 64-year-old cricketer-turned-politician was issued a show-cause notice to appear before the commission on September 14, but he did not turn up. On Thursday, Imran’s counsel Babar Awan told the ECP bench that his client was ready to appear before the commission but could not show up as he had returned from abroad just an hour back. Imran Khan urges PTI supporters to stop targetting Ayesha Gulalai s sister

Not satisfied with his arguments, the ECP issued a bailable arrest warrant for the PTI chief, asking him to appear in person on September 25, the Express Tribune reported. According to the letter signed by the commission’s additional director general (law) Malik Mujtaba Ahmad, the police were “hereby directed to arrest Mr Imran Khan Niazi” and produce him before the ECP on September 25. Revamping Pakistan s cricket one of Imran Khan s agenda in revolutionary movement

The Islamabad advocate general has also been asked to appear before the commission on September 25 to conduct contempt proceedings. Imran has already challenged the ECP’s show-cause notice in the Islamabad High Court, where a three-judge bench on Thursday heard his appeal. But that bench has adjourned hearings till September 20 without granting a stay order against the ECP’s show-cause notice or arrest warrant. 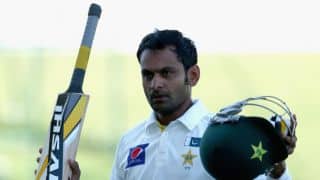 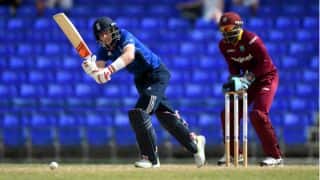