"I am very excited about becoming part of the Essex family."- Mohammad Aamer

Londres: Pakistan fast bowler Mohammad Aamer will continue his career rehabilitation with Essex in 2017 after the English county announced his signature for the second half of next season on Tuesday. The 24-year-old left-arm seamer, who completed a five-year ban for spot-fixing last year, will link up with Essex on June 19 after the Champions Trophy in England. “I am very excited about becoming part of the Essex family,” Aamer told the Essex website. “(Head coach) Chris Silverwood and (chairman) Ronnie Irani have both been very supportive over the summer. I’m hoping I can carry on Essex’s success this season and achieve more for the club in 2017.” ALSO READ: Mohammad Yousuf offered to join as batting consultant at NCA by PCB

Aamer , who has 140 international wickets to his name across all formats, will play for Essex in both the County Championship and domestic T20 Blast competition. Essex were promoted from Division Two last season. Aamer’s career was almost ended when he was caught up in a spot-fixing scandal in 2010 following Pakistan’s tour of England. The now defunct News of the World newspaper revealed Amir and pace partner Mohammad Asif had bowled no-balls on the instructions of captain Salman Butt during the Lord’s Test in return for money.

All three players were jailed by a British court in 2011, with Aamer spending three months at a young offenders’ institute. After returning to domestic cricket last year, Aamer made his return to international cricket this year and took 12 wickets in four Tests during Pakistan’s tour of England. “We are thrilled that Mohammad has decided to join us for half of the 2017 campaign,” said Silverwood. “He showed a real desire to be a part of the club and the fact we have him for two competitions is a real bonus. He is still only young, but has proved himself at international level already, so it is a real coup to get this signing completed,” Silverwood concluded. 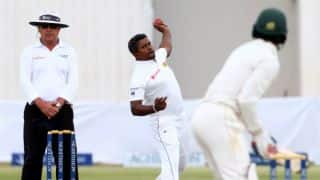 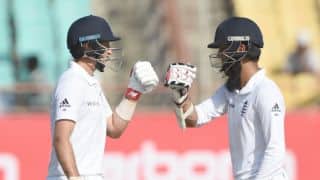