The former batsman blamed the refusal of international teams to tour Pakistan as the main reason for the decline.

Karachi: Former captain Inzamam-ul-Haq has blamed the lack of international cricket at home since 2009 for the declining standards in Pakistan cricket.

“The present situation in Pakistan cricket is worrisome and everyone needs to give serious thought to it,” Inzamam told the media on Saturday in his hometown Multan. Inzamam spoke to the media after inaugurating an academy opened in his name by a private NGO. Read: Bangladesh vs Pakistan 2015, 2nd ODI at Dhaka, Preview

“We lost to Bangladesh on Friday and that too after 16 long years so that is a clear indication of where our cricket is going unless something is done to improve things,” said Inzamam, who has played 120 Tests and 378 ODIs.

Inzamam said Pakistan was still blessed with plenty of cricketing talent but it now needed to have a clear plan for the future. Pakistan tour of Bangladesh 2015: Azhar Ali will be under pressure says Zaheer Abbas

“We must target the next World Cup because it would have been 27 years since we last won this mega event,” he said.

The former batsman blamed the refusal of international teams to tour Pakistan as the main reason for the decline.

Inzamam said everyone including the Pakistan Cricket Board, the government, the media and former players needed to jointly work for the restoration of international matches in Pakistan which have been halted since March, 2009 when militants attacked the Sri Lankan team in Lahore.

Inzamam said when the board had appointed a new captain for one-day cricket than it should also try to bring in more new players.

“I think that for the next two years we just need to be patient and not think about the results. We need to regroup and build our teams and players in this period,” the senior batsman added.

Interestingly, Pakistan’s head coach, Waqar Younis had apparently recommended Inzamam’s name for the post of chief selector but the cricket board instead opted for Haroon Rasheed after the ICC Cricket World Cup 2015. 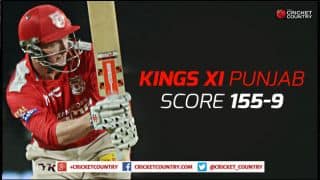 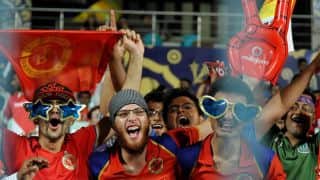