The Twitterverse, like always had something to say and following are some tweets.

It took 416 balls for Pankaj Singh to pick his maiden Test wicket when he removed settled England batsman Joe Root on Day Three of fourth Test.

The tall paceman had threatened to become the most expensive wicketless bowler in Test history.

His return of none for 179 in England’s 266-run victory in the third Test at Southampton, a result that levelled the five-match series at 1-1, saw him record the most expensive figures by a Test match debutant without a wicket.

Later on, he also picked up the wicket of Jos Buttler.

The Twitterverse, like always had something to say and following are some tweets:

Root cause of Pankaj Singh’s smile – finally gets a wicket after 69.2 overs, 416 balls!. #EngvInd #cricket

I’ve seen everything. Only thing left now is for @narendramodi to congratulate Pankaj Singh for his first Test wicket.

415 wicketless balls for Pankaj Singh!!! And within a matter of minutes he has picked 2 test wickets. No more #UnluckyPankaj 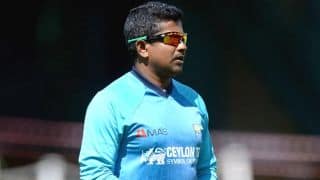