Pankaj became the 282nd debutant for India. The Rajasthan pacer had to toil hard on first day.

After securing his maiden Test cap in the third Test against England at Southampton, a jubilant Pankaj Singh said that he never gave up on his dream to play for India. Pankaj was called in for injured Ishant Sharma. He became the 282nd debutant for India.

“It’s a big achievement. It took me 10 years to get here. This was my biggest dream, to play Test cricket for India and I have made it true today. I never gave up on this dream. How could I? There would have been nothing for me to work hard for. Where would I have gone without this dream and without my cricket?,” he was quoted in an interview by bcci.tv.

Pankaj had a tough day at Southampton as the pitch was easy for batting and early in the day, Ravindra Jadeja dropped a regulation slip catch offered by skipper Alastair Cook off Pankaj’s bowling. However, the Rajasthan pacer was unperturbed and continued to toil hard, something which he is used to at domestic level. “You have to keep repeating the same thing over and over again and have to have much more patience than you need at the domestic level. If there you get a wicket after bowling five good overs, at the domestic level, you’ll have to bowl 10 at this level, because the batsmen are so much better. And you also have to wait for your luck,” he added.

He is the first Test cricketer produced by Rajasthan in over two decades. Click Here for list of Rajasthan cricketers who played for India. 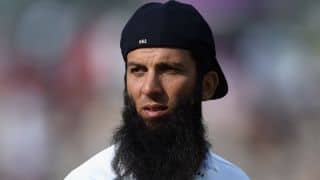