Pankaj Singh gets paid of for years of consistency.

Pankaj Singh made his Test debut for India on Sunday against England at Southampton. He was over looked in the first two Tests as Bhuvneshwar Kumar, Ishant Sharma, Mohammed Shami held the Indian pace attack together. Ishant was dropped ahead of the third Test because of an injury and making way for the tall wonder boy from Rajasthan, Pankaj Singh, who gets paid off for his hard work.

As soon as this news was out, there were a fair amount of reactions over the social networking websites mainly on Twitter. WV Raman, Rajasthan Royals, Kolkata Knight Riders and Royal Challengers Bangalore posted in their official Twitter accounts, congratulating him for his debut.

England have won the toss and elected to bat! Debutant, Pankaj Singh IN for the injured Ishant. Go Team India! #EngvInd

#Rohit in for #Binny and #PankajSingh makes his debut inplace of the injured star bowler from the last match #Ishant. #EngvInd — Kol Knight Riders (@KKRiders) July 27, 2014

Congrats #pankaj singh on your debut..some reward at last for all the hard work done over few seasons..all the best..#EngvInd

Harsha Bhogle’s Twitter reaction also came in as soon as the match started. All the Indian fans were expecting another spell from hell from lanky Indian pacer Ishant but unfortunately he suffered an injury and was rested for the third Test match between India and England at The Ageas Bowl, Southampton. 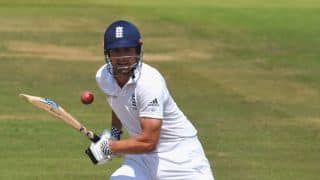 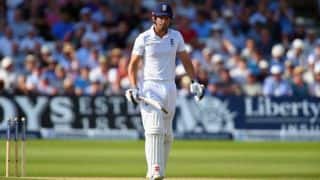