Parthiv has been phenomenal over the years and has scripted Gujarat s meteoric rise in the recent past. Under him, Gujarat have won 2 Syed Mushtaq Ali titles, Vijay Hazare trophy and the Ranji title recently.

We have heard about a lot of fairytale comebacks in cricket. In fact, we have witnessed a few as well. Not going back too far, only in the recent times, we have seen a couple of spectacular comebacks to Team India. Yuvraj Singh, who fought against the deadly cancer and all the odds to make a comeback to the cricket field, had to return to the grind of First-Class cricket once again. Just when people wrote him off, he made a fascinating comeback, slamming his career-best score of 150 in the 2nd ODI against England last Thursday. There s another player, who has gone through the grind and waited for his chance longer than Yuvraj. We are talking about Parthiv Patel, who recently returned to the Indian Test team after 8 long years.

Parthiv may have returned to the side in place of injured Wriddhiman Saha, but he made the most of his chances by slamming a couple of fifties and useful scores for the team. He followed it up with a brilliant Ranji Trophy final, where his 90 and 143 helped Gujarat win the coveted title for the first time. So good was Parthiv that the debate as to who is Team India s No. 1 Test keeper started doing the rounds. It only got stronger when Saha hammered a match-winning unbeaten double-ton against Parthiv Gujarat in the Irani Cup.

But this moment belongs to Parthiv, and nothing should be taken away from him. He has been phenomenal over the years and has scripted Gujarat s meteoric rise in the recent past. Under him, Gujarat have won 2 Syed Mushtaq Ali titles, Vijay Hazare trophy and the Ranji title recently. Importantly, Parthiv has contributed heavily in all the wins. Despite getting dropped from the team and having virtually no hopes of returning back given MS Dhoni being around, he did his job tremendously well day in and day out. Never did he feel frustrated. However, there was a scar that remained with him since 2004.

Opening up on it, Parthiv recently told Mumbai Mirror how he was upset with the backlash on his poor keeping after India s Test series loss to Australia in 2004. India, under Sourav Ganguly, had lost to Australia at home for the first time in over three decades. The scapegoat was the 19-year-old Parthiv. Things became so ugly that one former cricketer actually went on TV carrying a set of stumps and a nylon rope to describe how bad Parthiv s basics were. I was 19 and suddenly found myself becoming the talk of the country for all the wrong reasons. It s not like I had committed some crime but everyone seemed focused on me. Adam Gilchrist dropped more catches than I did in that series, but because we lost, the critics needed a fall guy.

India lost the series 1-2 and Parthiv got dropped from the team for the fourth and final Test, which India won. Dinesh Karthik replaced him in the side. Parthiv then played a solitary Test in 2008 against Sri Lanka before returning back to the wilderness. He eventually made a comeback in 2016, albeit due to Saha s injury. With Saha back to fitness with a roaring double ton, the contest for the keeper s slot in Indian Test team has only spiced up. 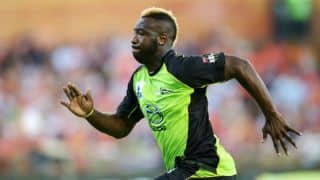 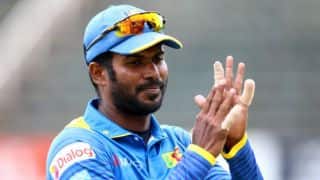