The baby-faced Parthiv, who made his Test debut under Ganguly, at the age of 17 years and 153 days, played 65 international games for the country, which included 25 Tests, 38 ODIs and two T20Is.

Parthiv Patel, one of the youngest to have played Test cricket for India at the age of 17, on Wednesday, announced his retirement from all forms of the game, three months short of his 36th birthday. The baby-faced Parthiv, who made his Test debut under Sourav Ganguly, at the age of 17 years and 153 days, played 65 international games for the country, which included 25 Tests, 38 ODIs, and two T20 Internationals.

“On this day, as I pause and reflect to assess how far I have come, the biggest wish I have is for my father to have been standing beside me, at the closure of my journey as a cricket player, as he has thru most of my life and career.”

“Today, I announce my retirement from all forms of cricket, and as I bring down the curtains on this 18-year-old cricketing journey, I feel heavier with gratitude toward many. The BCC1 showed a generous amount of confidence and faith in a 17-year-old boy to play for India. I have enormous gratitude towards them for being a guiding force and hand holding me, in the formative years of my young career.”

The left-handed batsman scored nearly 1700 runs (1696) across formats with 934 runs (6 half-centuries) coming in the longest format.

In ODIs, he scored 736 runs with four half-centuries and a highest score of 95. He affected 72 dismissals in Tests, which include 62 catches and 10 stumpings.

“I’m thankful to all the captains I have played under. I’m especially indebted to Dada, my first captain, who showed immense faith in me. I feel privileged to have been in the company of and learnt from some stellar teammates, a lot of whom I can call friends today. In the same breath, I must admit players on the opposing team have been as inspiring and taught me well.”

“I want to thank the IPL team franchises and their owners who made we a part of their teams and looked after me well.

All the coaches who I have trained under from the beginning until now, I have so much gratitude towards you for teaching me and helping me stay true to the game. The physios and trainers who have been instrumental to my fitness and worked hard to regain health while nursing injuries.”

“My sponsors who have been supportive all along the journey and my fans who have showered their love on me. The media has been extremely kind to me and I must confess we share mutual respect. I am full of gratitude to The Gujarat Cricket Association, my home, for solidly rallying around me throughout my journey, and the leadership role conferred upon me couldn’t have been more joyous and fulfilling than our team winning all formats of the game.”

Parthiv burst into the scene in early 2002, when he was sent to England after having played for India A in South Africa and even before he made his Ranji Trophy debut.

“My father always wished for me to play for India, and he along with my uncle did everything possible with the limited resources and big sacrifices to realize that dream for me. I cannot thank my mother, my sister, and my wife along with the rest of my family enough for shaping my career. Their contributions and sacrifices remain the most significant factors for me being able to pursue cricket as a full fledged career and playing for India would have been but an elusive dream. Lastly, my daughter has been my biggest cheerleader even though I have had to remain absent while pursuing my career.”

In fact, Parthiv played his first Ranji Trophy after he was dropped from the India squad in 2004 due to below-par glovework on tours of Australia and Pakistan. He was thankful to all captains and “especially Dada” referring to BCCI president Sourav Ganguly.

Once Mahendra Singh Dhoni came into the scene, just like other glovesman, Parthiv also had to play the catch-up game and be satisfied being the second keeper and at times playing as a specialist batsman.

Not to forget, he was India and one of the world’s premier fast bowler Jasprit Bumrah’s first skipper at the senior level during the Syed Mushtaq Ali Trophy back in 2013, in which he made an impression to be picked for Mumbai Indians.

While signing off, the cherubic faced glovesman said: “I feel at peace having played the game in its truest tenets, with dignity and in the spirit of the game and more importantly with great camaraderie. As I walk away a proud man, having fulfilled more dreams than I thought possible, I hope to be remembered with that thought and find your support for my future endeavors.”

“With every end, comes a new beginning. How lucky I am to have something that makes saying goodbye so hard. Until the next time.” 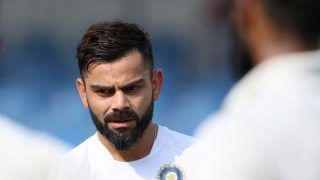 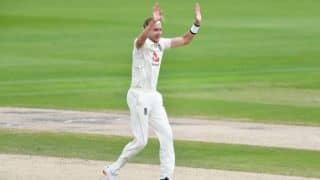