Bishan Singh Bedi coached the state team for a couple of years from 2011-13.

Proud of seeing Jammu and Kashimir cricket getting noticed after its historic win the Ranji Trophy opener against Mumbai, former India captain Bishan Singh Bedi said that the side boasts of many talented players and singled out Perveez Rasool for a World Cup berth.

“Parvez Rasool, what a player! An off-spinner, who can bat. He is by far the best off-spinner that the country has at the moment and a brilliant tonker. To me, he should be in the World Cup team,” legendary left-arm spinner Bedi told PTI in an interview.

Having coached the state team for a couple of years from 2011-13, Bedi not only shares an emotional bond with the players but feels that the sides’ win against Mumbai was no fluke. “They have such good players in their side that even Delhi will not have such players. I am not kidding. Mind you the win against Mumbai is no fluke. Because these boys always had it in them. Their pace battery, their spinners and their batsmen are all worthy of making it big,” Bedi said.

“Ye Allah ka karam hai, Allah ki rahmat hai, ye uski meherbaani hai (It is God’s blessings and his kindness). They have fire in their bellies to perform but there is no infrastructure. They just have a few T20 clubs. Jungle mein more naacha, kisne dekha waali baat hai (It’s like peacock dancing in the jungle and nobody noticing it).”

“Maine toh jo inke andar aag hai, usko bas ek chingari lagayi hai (I have just ignited a fire in them, which was already there),” he added. Bedi, who signed a three-year deal with the state association in August 2011, rued the callous approach of the board in dealing with the players.

“What is happening in all the boards including the national board is just the tip of the iceberg. This callous approach will not work. This attitude of leaving it for tomorrow has brought the downfall of many an administrative set up and the same applies for Jammu and Kashmir.

“I got to know that the players have not been paid for two years,” he said. “What to talk of players. I have not received my dues of one year, that’s why left them. But I am in constant touch with the players and will be there for them whenever they need me,” he added. 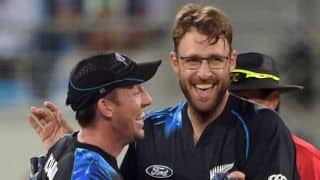 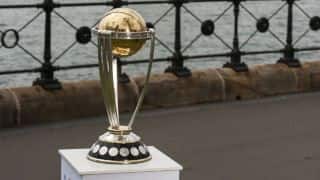