Talented Jammu and Kashmir all-rounder Parvez Rassol is indebted to former Indian captain Bishan Singh Bedi for helping him shape up his dream as he became the first cricketer from the state to be selected in the India 'A' team for a warm-up game against England. 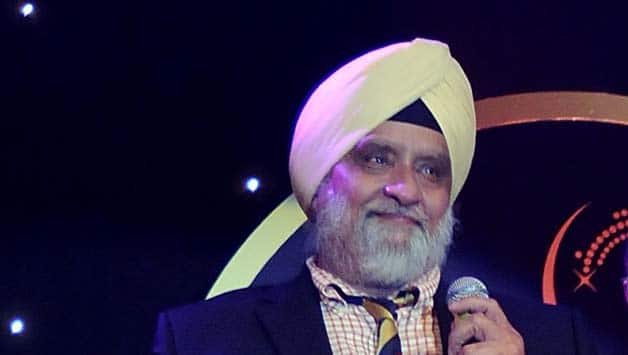 Talented Jammu and Kashmir all-rounder Parvez Rassol is indebted to former Indian captain Bishan Singh Bedi for helping him shape up his dream as he became the first cricketer from the state to be selected in the India ‘A’ team for a warm-up game against England.

Rassol, who has been a top notch performer for his state having ammassed 594 runs and picked up 33 wickets, feels that Bedi’s entry as the chief coach helped him aim for bigger things.

“Bedi sir has a huge role in my success. Initially, I was a batsman who could bowl part-time off-breaks but it was at his (Bedi) insistence that I began to concentrate more on developing my bowling skills,” an ecstatic Rassol told PTI on Wednesday.

According to Rassol, it was the legendary left-arm spinner’s tips on subtle variations that has helped him improve as an off-spinner.

“When someone of Bishan Bedi’s stature tells you that “you are the best off-spinner in the state”, you feel that you are special. Then you start working extra hard to repay the faith he has shown. He gave me tips about how to use variations in the flight. How to use the loop effectively and decide on field placings according to batsman’s strength.”

Bedi, who has been coaching the J&K team since last season has not only been credited with the skill development of the side but has also been hailed for changing the mindset of the players.

“Bedi made us realise that we are here to compete and not just to participate. Earlier, J&K players used to play for the heck of it but now we believe in ourselves. We believe that we have the talent to be among the best,” Rassol said when asked about Bedi’s influence on the psyche of the team.

J&K gave a much better account of themselves during the current Ranji season compiling 15 points from eight games, but it was not enough to ensure them a place in the knock-outs.

The team won two matches, drew three and lost three to be placed at number seven in the Group C.

However, Rassol said his selection in the ‘A’ team will open up avenues for other players in the state.

“It is a huge boost, not only for me but for the entire team. It adds to the value of J&K cricketers. They will be looked in for IPL,” said Rassol.

The South Kashmir based cricketer, though, insisted that it was always India first and IPL later for him.

“Like any other cricketer I also want to play for the country. Selection in India A means lot more than playing in the IPL. But yes, given an opportunity I will definitely look to be a part of the tournament,” said the cricketer.

Asked what it means to be playing along side Sreesanth and Murali Vijay, who have represented India in the past, Rassol said “it is going to be a great experience”.

“This is the time when you get an opportunity to see how big players prepare, how they follow the game. It will obviously help me a lot going forward,” he said.

Asked which all-rounder does he idolises, Rassol didn’t had a clear choice but he mentioned that when it comes to batting, only one name strikes him and that is of Sachin Tendulkar, while it was England’s Graeme Swann when it came to spinning the ball.

Coming from the state in turmoil, it has been long hard journey for the talented cricketer who was detained by Bangalore police for questioning in 2009 in connection with suspected presence of explosives at the Chinnaswamy Stadium ahead of the Champions League match between Victoria and Cape Cobras. However, he was given a clean chit few days later.

Rassol was in Bangalore along with his teammates to participate in the C K Nayadu Under-22 tournament when he was detained by the police.

The cricketer though said he has put that incident behind him and was entirely focused on his game.

“I take that incident as a bad dream… Cricket has helped me to overcome (the trauma of) that incident,” Rassol said. Everton Weekes and his five hundreds in successive innings