Pat Cummins to make his Test debut against South Africa

Pat Cummins to make his Test debut against South Africa

Teenage fast bowler Patrick Cummins was Monday called up for Australia's two-Test series in South Africa, with chairman of selectors Andrew Hilditch describing him as "a very exciting prospect". 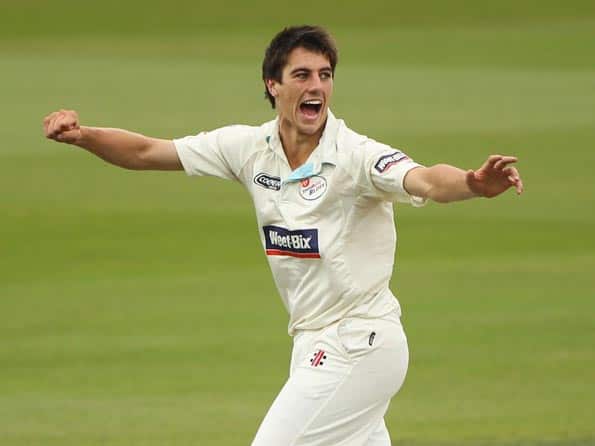 Teenage fast bowler Patrick Cummins was Monday called up for Australia’s two-Test series in South Africa, with chairman of selectors Andrew Hilditch describing him as “a very exciting prospect”.

He replaces James Pattinson in the only change to the squad that defeated Sri Lanka 1-0 in the three-Test battle last month.

“Patrick is a very exciting prospect and at just 18 years of age is already showing the ability to have a significant impact at international level,” said Hilditch.

“Patrick would have most likely been on the tour of Sri Lanka if not for injury at the end of last season.

“Now he’s back fit and bowling well, we saw this as the right time to bring him into the Test squad for this important series.”

Australia play two Tests in South Africa, the first on November 9 in Cape Town and the second in Johannesburg from November 17.

“The squad has a very good balance of experience and exciting young talent,” said Hilditch, adding that flexibility was a key factor in the 15-man group.

“We face back-to-back Tests in South Africa ahead of another six Tests in Australia, so managing our fast bowlers through this tough schedule will be extremely important,” he said.

“The Tests will be played at the start of the South African summer in Cape Town and Johannesburg and we think the conditions will be quite different at both venues.

“This squad gives us the flexibility to adapt to all conditions and we think gives us the right balance to maximise our chances of winning the series.”