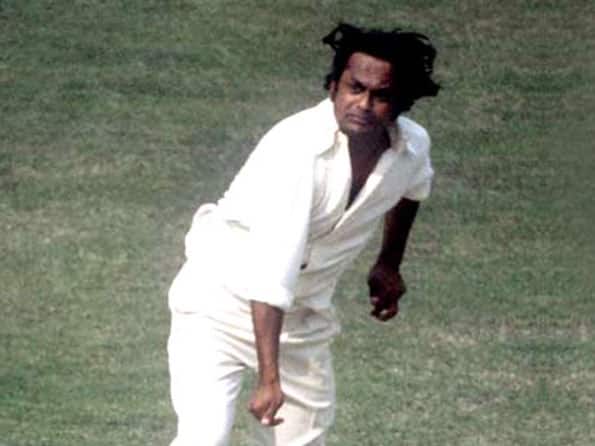 The off-spinner revealed that Pataudi was a huge influence on him during his playing days and provided fascinating insight into how the former India captain discussed field placing with him.

“His logic was that a right-handed batsman must play a leg-spinner on the off-side and an off-spinner on the on-side. He also used to say that unless I turned the ball too much, which would allow the batsman to play me fine, there was no need for a fine-leg.

“Initially I had a deep fine-leg and he modified it into a deep square-leg to the right of the umpire.

“If you draw a straight line between the two short-legs, forward and backward which he stationed for me, you would reach the deep square-leg which Tiger had suggested. Everything he said had a scientific reasoning. Then I had a squarish mid-on in the 30-yard circle and a mid-on.

“By making the batsmen reach out for the ball on the off-side with flight, he told me I could have them caught on the on-side if I imparted the right amount of spin,” the spin legend elaborated.

Recalling the dismissal of all-rounder Bernard Julien in the dramatic Test at Chepauk in the 1974-75 series, Prasanna revealed how Pataudi came up with a plan to remove the silly point for the set batsman.

“This was done to provide the batsman a sense of space on the off-side since there was no silly point. Julien reached out and I got him caught and bowled on the on-side.”

Prasanna said, “Tiger made me visualise the field. I asked him why he was not having a long-on for me.

“He answered, ‘if the batsmen try to hit you from down the pitch, the ball, because of the revolutions on it, would travel at a 30-degree angle to be picked up near the 30-yard line at the squarish mid-on. And he said if the batsmen attempted to scoop me out of the park, the drift on the ball would see them play too early and force them to sky it between mid-on and mid-wicket.”

The legendary off-spinner remembers, “He would have four fielders on the off-side and rarely had a point for me. He would tell me that if the batsmen tried to cut me then I could get them.

“Tiger usually posted a silly mid-off, almost in line with the popping crease, a slip, an extra-cover and a short third-man or a gully for me. He would attempt to lure the batsmen with the large gap to the left of extra cover.”

During India’s tour of Australia in 1967-68, Pataudi and Prasanna came across Ian Chappell who was equally resilient like the duo.

“Tiger told me that Chappell would jump out to smother the spin. We thought about it and decided on a short mid-on since I could make the ball hang in the air. Chappell had his moments but we also had him picked up at short mid-on on the uppish drive.”

Prasanna recollects how Pataudi made him aware of a batsman’s blind spot.

“I was bowling round the wicket to the left-handed Australian Bill Lawry. Tiger asked me to come over the wicket and enlightened me about a batsman’s blind spot, between the leg and the middle stumps. From a bowler’s angle, it would appear to be on the right of the leg-stump. I pitched it in the right spot and the obdurate Lawry was finally dismissed.”

During the 1975 Test against the West Indies in Madras, Pataudi expected Clive Lloyd to go after the Indian bowling and asked Prasana to flight the ball.

“He still implored me to flight the ball. Lloyd thundered down the track, I got the ball to dip, and the batsman was stumped by a mile,” said Prasanna.

Describing Pataudi in one word, Prasanna said, “He was a ‘genius’.”

Trinidad & Tobago set a target of 140