"I am only one great performance away," said a confident Darren Sammy on the eve of this match. He certainly wasn t great, but Sammy did impose himself on the opposition to dispel doubts about his merit as a one-day player. 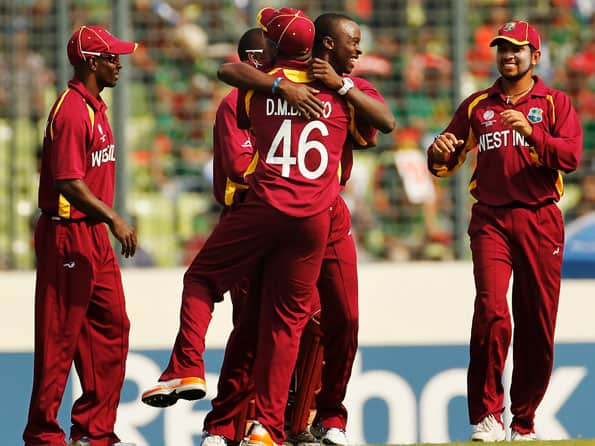 “I am only one great performance away,” said a confident Darren Sammy on the eve of this match. He certainly wasn t great, but Sammy did impose himself on the opposition to dispel doubts about his merit as a one-day player.

After Shakib Al Hasan won the toss and opted to bat, Sammy led the way with three wickets and was backed up by Kemar Roach and Suleimann, who snared four wickets as Bangladesh were skittled for just 58 in 18.5 overs, their lowest ODI total ever.

It wasn t a must-win game for Bangladesh, as Shakib reminded everyone yesterday, but he wouldn t have expected his team to subside in this manner. Forced to field, West Indies took control early on and never let it go.

Roach hustled with pace, Sammy confounded with movement, and Suleiman Benn just tossed it up and waited for the batsmen to falter. It was abysmal from Bangladesh, whose highest partnership was a paltry 16 and whose application would have shamed a school team. Only two batsmen reached double figures.

Under clear skies and on a good batting deck, Shakib had no hesitation in batting first, but the packed stadium was stunned into silence as early as the first over. Tamim Iqbal chased an away-moving delivery, and Sammy took a nice catch moving to his left at second slip.

After one over of spin, Sammy took the ball himself and immediately snapped up Imrul Kayes, feathering a catch through to Devon Thomas. Four balls later, Bangladesh stumbled to 25 for 3 when Mushfiqur Rahim clipped Sammy to Ramnaresh Sarwan at midwicket.

Junaid Siddique got going with a couple punchy boundaries, but it was Roach who delivered the knock-out blow with a yorker that pinged into Siddique s toes.

Sammy welcomed Shakib to the crease with a short ball which the Bangladesh captain duly put away, but trying a regulation forward prod he was bowled through the gate by Benn. Raqibul Hasan was the next to go, when he steered to Kieron Pollard trying to drive a full delivery from Sammy. Benn reaped the rewards of a lovely line and nagging length, with Naeem Islam playing down the wrong line and nicking to Thomas.

Immediately, Sammy went back to Roach to finish off the innings. First ball, Mohammad Ashraful flashed and edged to Thomas, before Benn ran through the tail in a flash. It was a shambolic effort from Bangladesh, whose fans began littering the outfield with missiles as the teams left for the dressing room.