Former Australian captain Ian Chappell feels entry of Patrick Cummins is a refreshing change that the world cricket had been wanting for long time. 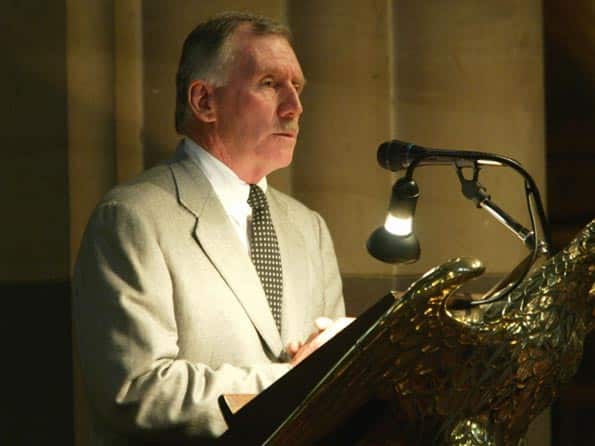 Former Australian captain Ian Chappell feels entry of Patrick Cummins is a refreshing change that the world cricket had been wanting for long time.

Chappell was quoted in Times of India as saying, “Genuine fast bowlers are only slightly behind swing bowling and leg spin as vital factors in cricket’s success. While swingers and leggies add to the variety of entertainment, the genuine fast bowler puts the test into Test match cricket. He tests the courage of batsmen, and whilst this has been diluted in the era of substantial protective equipment, any player who is the slightest bit apprehensive will still be found out.”

“Nothing stirs the excitement of the crowd like the sight of a Brett Lee charging in off a long run to be confronted by a belligerent Virender Sehwag. The mystique surrounding the first ball of a Test match is built on such confrontations,” he adds.

“The fact that Cummins’ hasty arrival has created such interest is proof of the need for genuine fast bowlers. That he’s being hailed as a prospect, though he has very little prior history, is also an indication there aren’t enough of his type in the game at the moment,” Chappell says.

Chappell feels world cricket was blessed to have good fast bowlers in the 90 s but since then there has been a lull. “In the 1990s the game was blessed with a boatload of good fast bowlers: the obligatory four from the West Indies, the two Ws from Pakistan, and those in South Africa and Australia.

Currently, however, there are good pace bowlers around, but they rely more on swing to ambush the batsmen and don’t create the same ripple of anticipation that buzzes around the ground when a genuine pace-man measures out his run,” Chappell adds.

Recollecting former West Indian bowler Andy Roberts theory of selecting bowlers while they were bowling quick, Chappell added, “Roberts believed that fast bowlers only had a few years of genuine pace and it was important to “pick them while they’re still quick”.

“It will be a pity if the hectic international scheduling leads to a reduction in the number of such fast bowlers. There aren’t enough of them around now that the game can afford to turn those few who dream of bowling quick into medium-fast trundlers,” Chappell concluded.