England won the Ashes 2015 after a crushing against Australia at Trent Bridge.

Nottingham: Paul Collingwood has told England captain Alastair Cook to carry on in the job rather than step down amid the euphoria of an Ashes triumph. Cook was almost in tears after an innings and 78-run win over Australia in the fourth Test at Nottingham’s Trent Bridge ground on Saturday gave England an unbeatable 3-1 lead in the five-match series. The 30-year-old opening batsman’s emotional reaction was a sign of the mental strain he has to endure in a rollercoaster 18 months that included England being whitewashed 5-0 in Australia, the fall out from the axing of star batsman Kevin Pietersen, a series loss at home to Sri Lanka and Cook’s own sacking from the one-day side ahead of this year’s World Cup. READ: Ashes 2015, 4th Test at Trent Bridge: Statistical report

Cook’s form with the bat dipped alarmingly, while he was heavily criticised for excessively cautious tactics in the field, particularly against Sri Lanka. But the arrival of a group of young players into the Test side, coupled with the appointment of Australian Trevor Bayliss as England coach all appear to have helped bolster Cook’s enthusiasm for leading England. READ: Steve Smith must lead Australia against England in 5th Ashes 2015 Test at The Oval

Australia captain Michael Clarke will retire from international duty at the end of this Ashes but former England all-rounder Collingwood said Cook ought to keep going. “I think he thoroughly deserves to lead the team going forward,” Collingwood told BBC Radio on Sunday.

“He’s proven to a lot of people he’s the right man. Being England captain is a tough job, with a lot of critics and you’ve got to have a very thick skin to get through the bad times. This England team have been through some very bad times but responded,” added Collingwood, who played alongside Cook for England. READ: Michael Clarke lived by the sword and died by it

“Australia are a very good side and they were in form but the way England have gone about their business has made a very good side look mediocre. A lot of that is down to Alastair Cook. The way he’s led from the front and directed the guys has been brilliant. He’s had a really tough 12-18 months, losing the captaincy of the one-dayers, but he’s really got his teeth into the Test captaincy,” said Collingwood.

Durham captain Collingwood said he had noticed a change in the outlook of his old England colleague. “I was lucky enough to have a quick drink with Cooky at Birmingham and I was really impressed with how relaxed he was. He wasn’t putting too much pressure on himself, which I think happened in the past. Obviously there was pressure from the outside but he also put it on himself. He looks as though he’s enjoying himself,” Collingwood concluded.  READ: Michael Clarke’s shocking retirement will make Australia poorer 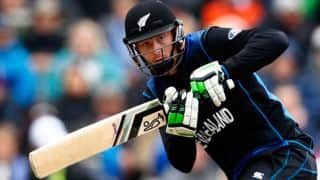 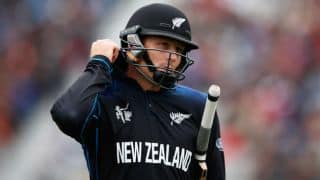