The PCB today accused the ICC and it's Special Task Force on Pakistan cricket of not having done enough to revive bilateral cricket ties with India. 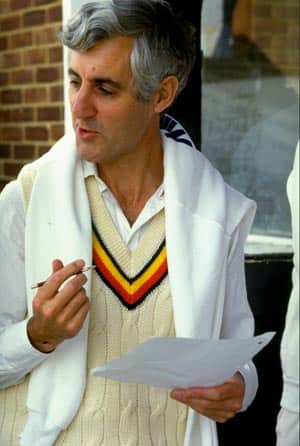 The PCB today accused the ICC and it’s Special Task Force on Pakistan cricket of not having done enough to revive bilateral cricket ties with India.

In its response to the PTF report that included recommendations and suggestions to improve Pakistan cricket, the PCB said they had seen nothing to suggest that the ICC or PTF made any efforts to engage the Indian Cricket Board (BCCI) or the Indian government in this regard.

The Pakistan Task Force in its report had observed that the BCCI is currently prohibited from fielding their national team in a bilateral series against Pakistan .

“The absence of iconic series between India and Pakistan from the current international calendar is a major loss for the global game as it is one of the sport?s most treasured assets.

“It is to be hoped that the successful ICC Cricket World Cup semi-final match between the two teams, which saw the leaders of both countries come together to discuss issues of mutual interest, will serve as an important step towards the resumption of bilateral cricket series,” the PTF had said.

But the PCB in its strong response said, “Whereas the Indian government issued favorable statements regarding resumption of cricketing ties between the two countries, it seems that BCCI is still awaiting formal signal from its government in this regard.

“We feel that perhaps PTT/ICC should have taken a lead role in ensuring that all bilateral tour commitments are honoured by India vis-?-vis Pakistan. In fact, this was also within the ambit of TOR’s of PTT. We do not have anything to suggest on record that PTT/ICC made any efforts to engage with BCCI or the Government of India in this regard.”

The PCB was also critical about the role of former England captain Mike Brearley and Australian great Greg Chappel as ambassadors of Pakistan cricket and members of the task force.

The PCB said that while it appreciated that Mike Brearley and Greg Chappell were made Ambassadors to support Pakistan cricket, it was yet to observe any endeavors from their side.