Shahryar said that for him the day is not far off and he would announce it when teams decide to come.

Pakistan Cricket Board (PCB) chairman Shahryar Khan has said that tours from second-tier and smaller teams could help revive domestic cricket in Pakistan that has been hit by terrorist attacks fears.

Pakistan has not played host to any international cricket team since the terrorist attacks on Sri Lanka squad’s bus in Lahore in March 2009. Bangladesh twice backed away from touring for a short series in 2012 and a year later, citing security fears.

Ireland was due to play a short limited over series in Pakistan last month, but terrorist attacks on Karachi airport resulted in the tour being called off, The Dawn reported.

The PCB chief said that he had visited Sri Lanka, Bangladesh and India to lobby for a revival of cricket tours to Pakistan. He said that he toured the three nations and the response was very good.

Shahryar said that the aim of the exercise is to revive the Asian spirit and Bangladesh and Sri Lanka are ready to send their Under-19 teams, women’s and ‘A’ teams to Pakistan. Shahryar, a former foreign secretary and a career diplomat, said that the process of bringing cricket back to Pakistan would be a gradual one.

The PCB chief stated that the real objective is to slowly and gradually open the doors for teams to come to Pakistan, and added that he has had several confirmations from Associate countries.

Shahryar said that for him the day is not far off and he would announce it when teams decide to come.

Shahryar also said that India had given assurances of playing six series in the next eight years, commencing from December 2015. In April this year Pakistan and India signed a Memorandum of Understanding to play six series, four of which to be hosted by Pakistan, between 2015 and 2023, the report added. 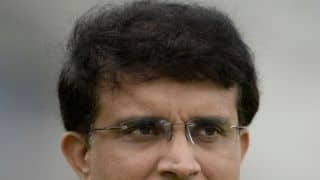 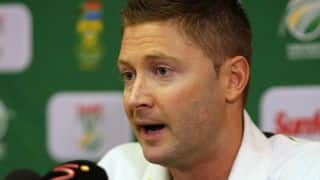