A domestic Pakistani pacer Umaid Asif has been banned for one-year after failing an anti-doping test by the country’s cricket board (PCB).

Umaid, who plays for Sialkot region and KRL department in domestic cricket and is a leading bowler, tested positive after random in-competition tests during the departments T20 Cup held in Lahore in November 2013.

Umaid, 30, who has taken 106 wickets in 35 first class matches, was representing KRL against the State Bank of Pakistan when he was called for the random test. The PCB said it had sent the urine samples to the National Dope Testing Laboratory (WADA-accredited laboratory) in New Delhi for analysis which vide its analytical report dated 10-01-2014 gave an adverse analytical finding for substances “prednisolone and prednisone”, both of which fall under category S9 Glucocorticosteroids in the 2013 WADA prohibited list .

The PCB said Umaid had been given a fair chance to plead his case before the anti-doping tribunal but he failed to satisfy them. Umaid will serve the ban from January, 2014.

The PCB recently said it would come down hard on bowlers with suspect bowling actions and those who violate anti-doping rules in domestic cricket. 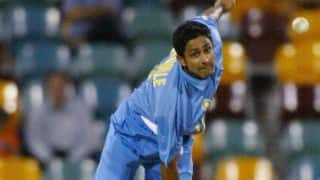 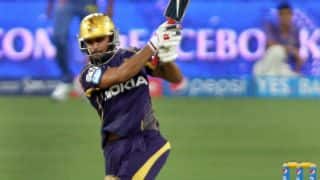