With the revival of cricketing ties with India after a gap of almost five years, the Pakistan and Indian cricket boards are mulling an "Ashes" like series between the two countries to take forward bilateral sporting relations. 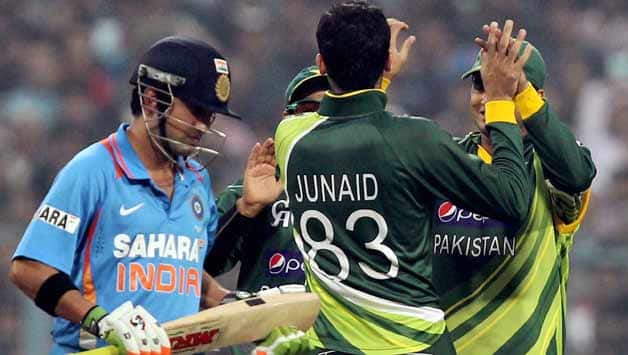 With the revival of cricketing ties with India after a gap of almost five years, the Pakistan and Indian cricket boards are mulling an “Ashes” like series between the two countries to take forward bilateral sporting relations.

“We have floated a proposal for an Ashes-like series between India and Pakistan with the BCCI (Board of Control for Cricket in India). With the current series, the ice has been melted and we need to take the relationship further,” Pakistan Cricket Board (PCB) chairman Zaka Ashraf told mediapersons.

Ashraf said if the “India-Pakistan Ashes” becomes a reality, cricket-loving people of the two nations will be benefited and bilateral relations will also improve. He even proposed naming the series after Mahatma Gandhi and Muhammad Ali Jinnah.

The bilateral Test match series between Australia and England is traditionally known as the Ashes.

Following the 2008 Mumbai attacks, cricketing ties between the two neighbours got severed till its revival by the Pakistani team’s current visit to India for the two T20 internationals and three ODIs.

Ashraf said he was optimistic of a return tour by India.

“There is a window available for a return tour in August and we are in talks with BCCI about whether the series will be in a neutral venue or in India or Pakistan. There is still some time for the series and things will surely work out,” he said.

A brief tour by the British Army team and the Sindh provincial government hosting a world international eleven for two T20 matches at the national stadium in Karachi have rekindled hopes of international cricket finally returning to Pakistan.

“Hopefully international cricket will return to Pakistan sooner than later. Things have vastly improved and the terrorists have fled. There is fear psychosis lingering in the minds of people following the attack but I am hopeful international teams will soon start visiting us,” he said.

The PCB chief, however, refused to read much into Bangladesh’s refusal to go ahead with a proposed tour of Pakistan and blamed the fear psychosis behind the decision.

Commenting further on Indo-Pak cricketing ties, Ashraf said: “With this series the journey has begun and we sincerely hope and wish the journey continues. We cannot deprive the people of both nations of the beautiful game of cricket.”