Mani said Imran wanted to see Pakistan become a consistent winning side whose cricket system was taken as an example by other Boards.

Karachi: PCB Chairman Ehsan Mani has rejected the impression that Pakistan Prime Minister Imran Khan, who had led the country to 1992 World Cup triumph, is meddling in cricket affairs.

“He doesn’t interfere at all. But he has made it clear that he wants to see a cricket system in Pakistan free of politicisation and an internal structure which is based on quality rather than quantity,” Mani said in Lahore.

Imran, in his position as patron-in-chief of the Pakistan Cricket Board (PCB), nominated Mani for the position of PCB Chairman after Najam Sethi resigned last year. (ALSO READ: Pakistan forced to shift five- match ODI series against Australia to UAE: Full schedule)

Mani admitted that the PCB was a very politicised institution and time was required to change the culture and working in the board.

“The task given to me is to make our domestic structure a quality one and to streamline things in the board to such an extent that it becomes an exemplary institution and is second to none among the boards of the world.”

Mani also sought to dispel the impression that because of pressure from Imran, the PCB would end the role of departments in domestic cricket in its new structure. (ALSO READ: Will consider PSL performances before picking World Cup squad: Mickey Arthur)

“We are not finishing departments as they have a role to play in Pakistan cricket, but we are trying to improve our domestic set-up,” he added.

Mani said Imran wanted to see Pakistan become a consistent winning side whose cricket system was taken as an example by other Boards. 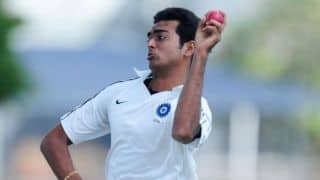 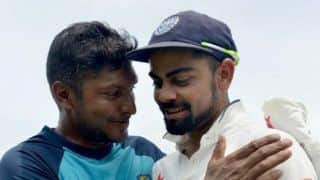