Khan stated that the flawed domestic structure was causing problems in Pakistani cricket.

Pakistan Cricket Board’s (PCB) newly-elected chairman Shahryar Khan has said that his first priority will be to revamp the country’s flawed domestic cricket structure, which has been going downhill, to make it more competitive.

Khan wants Pakistan’s domestic cricket structure revamped to make it more competitive in order to bring it at par with leading cricketing nations like Australia, South Africa and India.

The PCB chief said that he would straightaway say that the whole system has flaws that would be rectified in the due course of time to improve the state of the domestic set-up so that Pakistan produces a chain of talented cricketers who would have a chance to be the future stars, The Dawn reported.

While observing that almost every chairman during the past decades has tried his hand at revamping the domestic cricket set-up according to his own plans, there is a definite need to organise it on a tougher and more competitive lines in order to produce top class cricketers.

Khan said that he has met several players and experts during this week including skipper Misbah-ul-Haq, head coach Waqar Younis, chief selector Moin Khan and others and all of them feel that the real problem lies with their domestic structure, which requires an overhaul.

He said that favouritism and nepotism also have to be weeded out to ensure deserving cricketers are not denied their due rights. 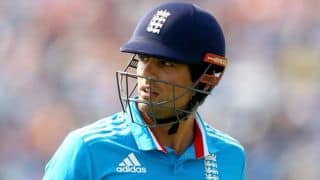