Karachi: The Pakistan cricket authorities are contemplating sending the national team to England two weeks before the tour officially starts in late June, to allow the players to attend a training camp in English conditions. According to a Pakistan Cricket Board (PCB) official, chief selector Inzamam-ul-Haq and the new head coach Mickey Arthur had suggested that a training/acclimatisation camp be set up in Hampshire from June 13 or 14. The PCB had initially rejected a proposal to send the team early to England to acclimatise to the conditions but, after the intervention of Inzamam and Arthur, is now giving it a serious thought despite the expenses involved in such an exercise. READ: Mickey Arthur: Pakistan need to work on batting

“The idea is that the Pakistani players selected for the four-match Test series should attend a camp to be set up in Hampshire so that the new coach and support staff can work on them and prepare them for the expected tough series,” a PCB official said. Pakistan play the first of the four Tests from July 13, followed by a five-match One-day International series and a T20 match. Inzamam is also likely to travel to England to watch the players and help them out.

“Inzamam is responsive to the idea of going to England to also watch the camp since this summer the Pakistan A team and Pakistan women’s team are also playing in England,” the official said. Inzamam has also announced a list of 25 probables for the A squad and apparently he is more keen to go and watch the youngsters in action in English conditions. Inzamam, while announcing the probables, had said that if any player performed exceptionally well for the A side he could be considered for the senior team. Pakistan’s former Test batsman Basit Ali is expected to be named coach of the A squad with former Test pacer Kabir Khan as his bowling coach.

The PCB has already said that Intikhab Alam will be manager of the senior team in England tour which will be Pakistan’s first full series there after the spot-fixing scandal in 2010. The PCB is making hectic efforts to secure a visa for tainted left-arm pacer Mohammad Aamer for the tour. 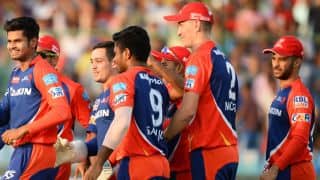