PCB's media director said if Danish Kaneria was discriminated because of religion, he would not have played even one match for Pakistan.

Karachi: The Pakistan Cricket Board has rubbished claims by banned Test leg-spinner Danish Kaneria that he was discriminated against by the board because he is a Hindu. The PCB’s media director Amjad Hussain Bhatti reminded Kaneria that he had played 61 Tests for Pakistan. “If he was discriminated against at any time because of his religion he would not have played even one match for Pakistan,” a visibly upset Bhatti said. “We strongly condemn the anti PCB statement of Kaneria,” he added. Kaneria is in India days with his family to perform religious rituals but his silence on when he intends to return home, has led to speculations he might seek help in India for his case. Full Cricket Scorecard: England  vs  Pakistan, 1st Test match, Pakistan tour of England, 2016

Kaneria added fuel to fire by telling an Indian news channel that PCB is not taking any interest in his case which forces him to use the word “discrimination” and gives rise to the feeling that he is “neglected for being a Hindu”. “We are very disappointed at Kaneria’s statement. Because we didn’t ban him he was banned by the England and Wales Cricket Board in the UK. And he was given all opportunity to appeal against the life ban,” Bhatti said. Full Cricket Scorecard: England Women  vs  Pakistan Women, 1st ODI match, Pakistan Women vs England Women, 2016

“Being a member of the ICC the PCB is obliged to implement the decision of the ECB as well,” he added. “Kaneria must not forget that he played 61 Tests and 18 One Day Internationals for Pakistan as a Hindu and things changed only after he was banned,” Bhatti recalled. He also said that Kaneria’s comparison of his case with that of Mohammad Aamir was unjustified. “I say this because Aamir has not only served his sentence but he admitted his mistake and completed his rehabilitation programme and only then he was allowed to represent Pakistan and play domestic cricket.” READ: Banned Danish Kaneria appeals to BCCI for help

Kaneria, who was banned for life for spot fixing in 2012, has yet to admit is guilt and has constantly proclaimed his innocence. According to Kaneria’s earlier statements, his involvement is yet to be proven in a court of law, but the Pakistan Cricket Board and the England and Wales Cricket Board still maintain their life ban on him. The leg-spinner, only the second Hindu to play for Pakistan, last appeared in international cricket in late 2010 when Pakistan toured England. 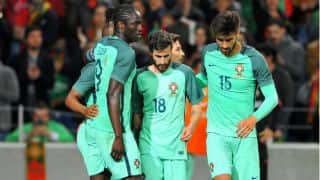 When MS Dhoni rode a policeman’s bike in Harare