In its bid to discourage players from getting involved in fixing or gambling in the domestic circuit, the Pakistan Cricket Board has enforced a contract system for all the regional teams this season. 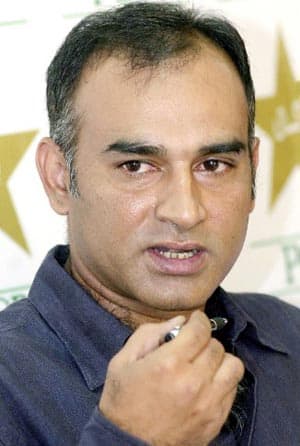 In its bid to discourage players from getting involved in fixing or gambling in the domestic circuit, the Pakistan Cricket Board has enforced a contract system for all the regional teams this season.

According to details all the players named by the regions in their 20-member squads for the domestic season, have been awarded six-month contracts by the board, starting with the Quaid-e-Azam Trophy that began from October 6.

“The board has taken the step of giving contracts to all regional teams according to a slab system,” the coach of the Hyderabad team, Tauseef Ahmed told PTI.

“It is a good initiative by the board to encourage and offer some financial incentives to players who play at the domestic level. This move means that all regional team players are assured of a monthly salary for six months,” Tauseef said.

A board official when contacted confirmed the move was part of a package to enforce the new ICC anti-corruption measures in domestic cricket.

“While on one hand the board is taking steps to ensure players are educated about anti-corruption measures and also outlining severe penalties for offenders, it also wants to give the players some financial security for the duration of the domestic season,” the official said.

Besides the six month contracts the board is also paying a match fee of rupees 12,000 and 7000 in the Quaid-e-Azam trophy division one and two tournaments to the members of the regional team playing eleven plus a daily allowance of 750 rupees to all members of the squad in both divisions.

“Keep in mind that the board pays the regions a separate package to take care of the hotelling and travelling of the regional teams,” Tauseef said.

Many of Pakistan’s former Test players have been urging the board to introduce more financial security for domestic players so that they are not lured by corrupt people.

Former Test captain, Aamir Sohail has even suggested a higher match fees and daily allowances for the players playing in domestic cricket.

Another former skipper, Rashid Latif said that keeping in mind the rising inflation and high costs of living in Pakistan these days, the board should increase the match fees to minimum 25,000 and 20,000 in the division one and two tournaments and up the daily allowance to 1500 to 2000 rupees.

“The board earns money through cricket activities in which players are involved. Their contractual salaries also need to be increased since cricket is a full-time profession and business now,” he added.

Latif pointed out that when a player plays for the national team his starting match fees in any format of the game is between 150,000 to 200,000. “The salaries and match fees in domestic cricket should also be respectale.”

But a board official said that due to foreign teams not visiting Pakistan, the PCB had faced a financial crunch for a while but was now stable and had to also keep in mind that it didn’t face financial problems in future.

“We spend a lot on development of grounds in different regions and on subsidizing the regional associations,” he noted.

Players who represent departments and banks are employed with them and have contractual or regular jobs in Pakistan cricket.