Pakistan Cricket Board announced the list of players who would get central contracts and retainers this year with former captains Shahid Afridi and Shoaib Malik making a comeback while senior players Kamran Akmal and Abdul Razzaq were excluded. 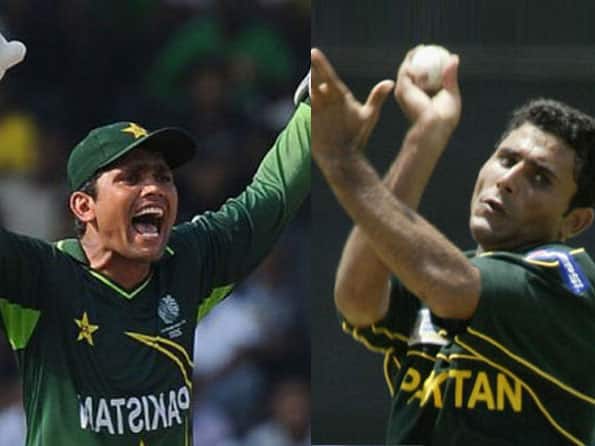 Pakistan Cricket Board announced the list of players who would get central contracts and retainers this year with former captains Shahid Afridi and Shoaib Malik making a comeback while senior players Kamran Akmal and Abdul Razzaq were excluded.

The announcement came after a delay of four months since the contracts and retainers of the players had expired in December 2011.

While 21 players were given central contracts, another 21 got retainers. The Board announced an increase of 25 per cent in the monthly retainers given to players who have contracts and retainers and another 10 per cent increase in match fees.

The players in the top category of the central contracts will get a monthly retainer of 313,000 rupees while those in Category B will be paid 218,000 rupees and those in category C will get 130,000 rupees.

After the 10 per cent increase in their match fees, the top category players will be paid Test match fees of 385,000 rupees and 330,000 rupees for an ODI and another 275,000 for Twenty20 International match.

Afridi and Malik were back in the list of contracted players after losing their contracts last year.

Afridi was excluded from the list of contracted players for the second half of 2011 as he had announced his retirement from international cricket in protest against his removal from ODI captaincy.

Malik was not given a contract since he was not cleared by the integrity committee of the Board.

As expected, Akmal and Razzaq were left out of the list of players for the new contracts and retainers since they have not been considered for the national team in recent times.

The exclusion of fast bowler Mohammad Sami was the only surprise as he made a comeback to the national team for the tour of Sri Lanka.

Sami, who impressed in the domestic season and has been picked in all three formats for the Sri Lanka tour, has not got a contract nor a retainer.

PCB Chairman Zaka Ashraf said the contract amount and match fees had been increased after a gap of three years.

“After three years we have increased the fees payable to the players which we hope will be a morale boost for them,” he said in a statement.

“We have also given recognition to those players who have distinguished themselves with consistent performances in the domestic circuit. We have also recognized U-19 players in the list and this will serve as a huge encouragement for them,” he added. (PTI)