In a strict response, the Pakistan Cricket Board (PCB) has decided to extend the doping ban on Ahmed Shahzad by a further six weeks.

In a strict response, the Pakistan Cricket Board (PCB) has decided to extend the doping ban on Ahmed Shehzad by a further six weeks for flouting its rule. The decision comes after Shehzad, who was serving a four-month doping ban, played cricket for two clubs affiliated to the PCB.

The act was a violation of the country’s cricket board’s code of conduct following which Shehzad was served a notice asking his explanation for playing nine friendly matches during the ban.

“This instant decision will serve as a constructive lesson not only to Ahmed Shehzad but to other cricketers that strict adherence to applicable rules and regulations is mandatory,” PCB said in its ruling. “A new period of ineligibility of six weeks is imposed on Ahmed Shehzad which shall commence from Nov 11, 2018.”

The extension means the 26-year-old top-order batsman won’t be eligible to play professional cricket till late December. So far, the right-handed batsman has played 13 Tests, 81 ODIs and 57 T20Is for Pakistan with 10 centuries and 25 fifties during his international career.

According to a report in Dawn, Shehzad has admitted to his offence but claimed he was unaware of the rule that prohibited him from playing cricket in the midst of his ban.

While his last T20I appearance was in June 2018, he hasn’t played Test or ODI cricket in over a year now. 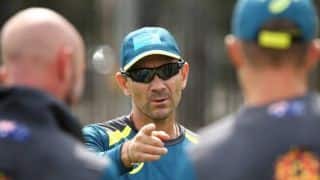