The Pakistan Cricket Board has extended national team’s head coach Mickey Arthur and the rest of the support staff’s contract until the 2019 World Cup, to be held in England. Arthur had joined the Pakistan team in May 2016 before the England tour on a two-year contract, which was to be reviewed by the PCB.

“Contracts of the head coach and other support staff have been extended till the World Cup. The only change that can be made in the management is that of the manager. The PCB will review whether to retain former Test batsman Talat Ali as manager or make a new appointment after the ongoing series against Sri Lanka,” an official told PTI before leaving for Sri Lanka.

The official said that after Pakistan’s unexpected victory in the ICC Champions Trophy, the board had decided to extend the contracts. “It makes no sense to make changes now as the next important assignment is the World Cup,” PCB official added.

The PCB had also probed into the allegations made by Test batsman Umar Akmal against Arthur and found that the head coach didn’t abuse anyone. Umar had alleged that Arthur abused him after an altercation at the National Cricket Academy in August, which led to the batsman being banned for three matches, a fine of INR 10 lakhs and a two-month suspension on issuance of NOCs for foreign leagues.

“Arthur told Umar that only contracted players were being trained at the NCA when Umar raised the issue of Salman Butt (having nets at the NCA). The head coach told him to focus on his own fitness and form. Arthur didn’t say anything out of ordinary,” the official concluded. 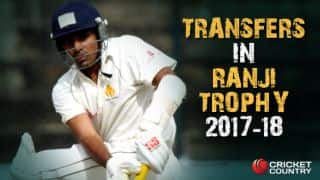