"Karachi is ready, Multan is ready and we are preparing Rawalpindi and Peshawar" - Najam Sethi.

Pakistan Cricket Board is seriously contemplating shifting its Pakistan Super League T20 event to home from next year instead of holding it in the United Arab Emirates.

“At some stage, we will have to take a risk and we are now seriously thinking about shifting the PSL fully to Pakistan. Karachi is ready, Multan is ready and we are preparing Rawalpindi and Peshawar,” PCB chairman Najam Sethi said in an interview. He made it clear that there was a chance of conflict with the Emirates Cricket Board over holding of the Afghanistan and Arab T20 cricket leagues in UAE.

“The Afghanistan league is being planned in January or October. Problem is if they have it in January it is just one month before our PSL. If they have it in Oct, we have our home series at that time in UAE. I have told them if there is a conflict with us than it is a possibility we will go elsewhere. I am going to Malaysia next month to see the stadiums and other facilities there,” Sethi said.

Sethi said there was a possibility that the PCB might organise its coming home series against Australia and New Zealand on a temporary basis in Malaysia. He said that if matches are held in Malaysia, PCB would face half the costs it incurs on having the matches in UAE.

“As it is no one comes to watch the test matches and it is all a broadcasting game now. So we might try to organize the Australia and New Zealand series in Malaysia.” 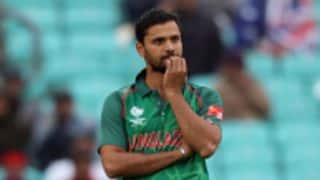