With former Pakistan batsman Younis Khan rejecting the Pakistan Cricket Board‘s (PCB) offer to attend a farewell event scheduled to honour the three former skippers on Thursday, the country cricket board still remains hopeful to see the World T20-winning captain gracing the event. Younis had twice refused PCB’s invitation to attend the function because he is disappointed with the decision of holding the event, four months after bidding adieu to international cricket.

Besides Younis, Misbah-ul-Haq and Shahid Afridi are the other two stalwarts of Pakistan cricket, in whose honour the PCB is holding the event. Having similar complaints with the board, Afridi was also willing to boycott the farewell function. However, newly-elected PCB chairman Najam Sethi contacted Afridi, who later gave his consent for the function.

Also, Misbah accepted the invitation without any objection. Expressing his hope to see all three stalwarts attending the function, Sethi insisted that it would be a perfect time to honour the former skippers as 14 world-class players will be in Lahore to participate in the three-match T20I series, the Independence Cup.

“We are hoping that all the three great cricketers will attend the function to further grace the occasion of the Independence Cup. We wanted to hold the function during an international series and now it is a perfect time to honour the great retired captains when 14 world-class players will be in Lahore,” the Dawn quoted Sethi as saying.

Misbah played 75 Test matches, scoring 5,222 runs and is currently seventh on the list of Pakistan’s highest Test run-getters. The 42-year-old also inspired Pakistan to the top of the ICC Test team rankings for the first time in history. Although their stint at the top was short-lived as India replaced them 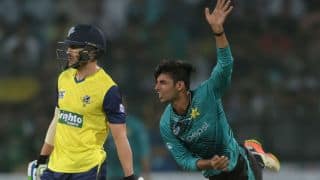