Wasim said relations between the Pakistan and Indian cricket boards have been very good and on a progressive trail.

Pakistan Cricket Board Managing Director Wasim Khan is optimistic that there could be progress in the coming months towards resumption of full bilateral cricket ties between Pakistan and India which remain suspended since 2007. Talking to local media in Lahore on Monday on completion of six months in the PCB, Wasim said relations between the Pakistan and Indian cricket boards have been very good. READ: Shan Masood chosen by PCB to succeed Sarfaraz Ahmed as Pakistan captain?

“Unfortunately bilateral cricket ties between the two countries is governed and influenced by political and diplomatic ties. But we are hopeful that things are moving in the right direction now,” Wasim said. “I think we will see ice melt in coming months with progress being made now. It is important for both countries to have regular bilateral cricket ties.” READ: PCB seek explanation from Basit Ali for remarks against India

Wasim said the Indian Board had also asked its government for clearance to host the Pakistan women’s team in October for the ICC Women’s Cricket Championship matches. Pakistan and India are not scheduled to play in the ICC World Test Championship. Bilateral cricket ties have been suspended since 2007 although Pakistan did tour India for a short limited-over series in late 2012.

The two teams, however, continue meet in ICC and Asian Cricket Council events.

A major indicator of ice melting in sporting relations between Pakistan and India has also come on the tennis court when the Indian Tennis Federation confirmed it would be sending its squad to Islamabad for the Davis Cup tie next month. This will be the first time both countries will meet on a tennis court after 13 years. 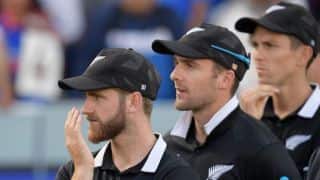