India and Pakistan had signed a bilateral commitment 3 years ago, but the series never got underway.

India and Pakistan had signed a bilateral commitment 3 years ago, but the series never got underway. Although there were reports that BCCI wanted Star to broadcast the match to which the PCB denied, the Indian board revealed that they are waiting for its government to give a go-ahead for the series. This all began when ICC revealed the Test Championship. BCCI, in a meeting in Auckland earlier this month, asked the ICC to not pit India against Pakistan. However, it is still not clear whether the teams will be allowed to play against each other in case they reach the final, which will be played in England in 2017.

PCB, nonetheless, said that they do not mind if India do not play against Pakistan in the championship, but want a bilateral series outside the structure when the sides are free to play whoever they choose.

In a report published by ESPNcricinfo, Shaharyar Khan told a local TV channel, “To an extent, it is a weakness [in our case]. The weakness is that it is written in there that both sides need government permission [before playing each other]. We have our government’s permission. They haven’t got permission yet, so they could say that it is written that until they haven’t got permission they cannot come and play. These are problems but it’s okay to bring them under some pressure as well.”

In a signed statement submitted to the media this weekend, Shaharyar denied what he had told the TV channel: “I strongly deny a statement attributed to me in the media in which I am supposed to have said that the PCB’s case against the BCCI is weak. How could I say such a thing when, in fact, as Chairman and with the approval of the PCB’s Board of Governors, I authorised preparation of a case on the advice of PCB’s lawyers and a prominent QC in the UK who agreed that PCB had a strong case against India.” 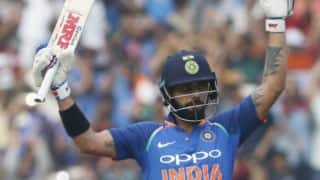 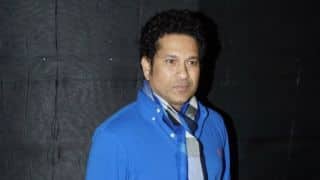