Although it has not been named in the letter, BCCI wants other cricket boards to "sever ties with nation from which terrorism emanates".

Karachi: The Pakistan Cricket Board (PCB) has “prepared a counter” in case the BCCI decides to boycott the June 16 ICC World Cup 2019 game in Manchester in the wake of Pulwama terror attack which killed 40 CRPF personnel.

The matter will come up for discussion at the ICC Quarterly meet in Dubai, starting Wednesday. PCB Chairman, Ehsan Mani, MD Wasim Khan and COO Subhan Ahmad are in Dubai to attend the various meetings and workshops. (ALSO READ: Government should take call on India-Pakistan World Cup clash: Kapil Dev)

The very important Executive Board meeting is scheduled on Friday and Saturday in which the Indian delegation is expected to push for discussion on a letter it has sent to the ICC asking member countries to oust any member country which supporters terrorism.

Although it has not been named in the letter, BCCI wants other cricket boards to “sever ties with nation from which terrorism emanates”.

Some of India‘s former players and captains have also called for India not to play Pakistan in the World Cup match on June 16. (ALSO READ: Ravi Shastri weighs in on India-Pakistan debate at ICC World Cup 2019)

“Pakistan’s stance is that if India wants to give a walkover, it can’t do anything about it. But it will pose a question as to what happens if both countries again qualify to meet each other in the knockout stages,” the PCB official said.

The PCB is also expected to raise the issue of their captain Sarfraz Ahmed being banned for four matches under the anti-racism policy of the ICC after the reconciliation process had been set into motion and he had apologised to the South African team. 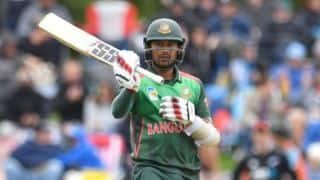 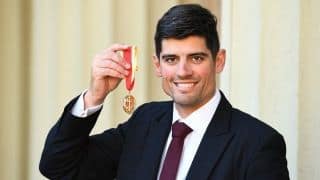 Don’t think I will ever get used to seeing my name with a Sir before it: Alastair Cook