The international career of tainted umpire Asad Rauf appears to be over after the Pakistan Cricket Board refused to nominate his name for the ICC's international and elite panels of officials. 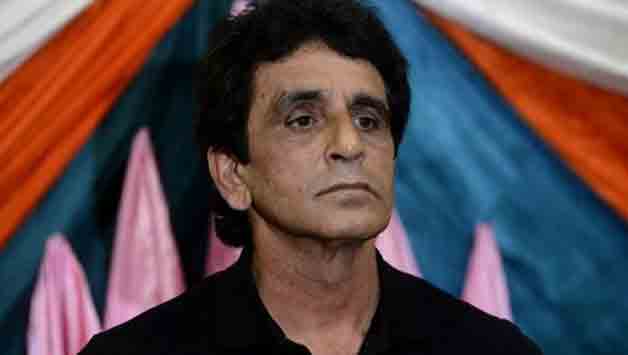 The international career of tainted umpire Asad Rauf appears to be over after the Pakistan Cricket Board (PCB) refused to nominate his name for the ICC’s international and elite panels of officials.

The ICC is set to decide on July 15, in a meeting in Nagpur, the fresh list of international umpires with member countries sending in their nominations.

“Rauf’s name has not been included in the list sent by the PCB which has forwarded the names of Shozaib Raza, Zameer Haider and Ehsan Raza to the ICC,” one official source in the board told PTI.

Rauf, who was a member of the ICC elite panel of umpires, became a controversial figure during the Indian Premier League (IPL) when he was named in a Mumbai police investigation into spot-fixing in the league.

The ICC later dropped him from the Champions Trophy umpires panel.

The final cut for Rauf came when the ICC replaced him on the elite panel insisting that the decision was based solely on his performance in the last one year.

But well-informed sources said the decision to replace Rauf came when despite several warnings from the ICC and PCB, he persisted with activities contrary to his position on the elite panel.

“The ICC had told the PCB to warn Rauf to review his activities which didn’t do his reputation any good,” one source said.

“One of the biggest complaints and cause for concern was that Rauf had been accepting valuable gifts from persons who claimed to be his fans although the PCB had advised him against doing this,” the source disclosed.

“This trend was particularly visible when Rauf went to India or Sri Lanka,” he added.

Interestingly, following the issues with Rauf and the four-year ban on another international umpire, Nadeem Ghouri, the PCB has now introduced a new code of conduct for its match officials.

Under the new code of conduct, local umpires will have to sign a contract with the Board and will have to acquire a No Objection Certificate (NOC) before officiating matches.

According to a PCB official, the code of conduct was prepared as per the directives of the ICC.

“It’s similar to the one the players have to follow,” said the official.

“Umpires will not be allowed to share any kind of details, neither will they be allowed to use social networking websites during assignments.

“They will now have to obtain an NOC from the PCB. The punishment or sanction in case of violation ranges from a minimum ban of two to 15 years.”