The PCB strongly rejects the baseless allegations leveled by ACB in the wake of the tragic Kabul blast.

Lahore: The Pakistan Cricket Board (PCB) strongly rejects the baseless allegations leveled by Afghanistan Cricket Board (ACB) in the wake of the tragic Kabul blast. While our sympathies are with the victims and families affected by the tragedy, we reject the irresponsible statement made by the ACB and hereby announce the cancellation of the proposed series between the two countries. PCB has always encouraged the development of cricket in Afghanistan and millions of Afghan refugees were first introduced to the game in Pakistan. Over the years, the PCB helped cricketers in Afghanistan develop their expertise and an entire generation of Afghan national players honed their cricketing skills in Pakistan.

The informal understanding with ACB last weekend was strictly subject to conducive security conditions in Afghanistan and now stands cancelled because of continuing insecurity and instability there. It is also deeply regrettable that the ACB delegation in Pakistan was at pains to insist that politics should not impinge on cricket but has now turned around and is playing politics by laying the blame for its troubles and inadequacies on Pakistan. 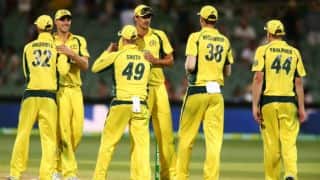 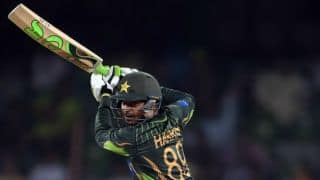