Pakistani cricket authorities have sought an explanation and details from the Board of Control for Cricket in India (BCCI) after media reported that the Pakistan Cricket Board (PCB) owed the BCCI around seven to eight million rupees. 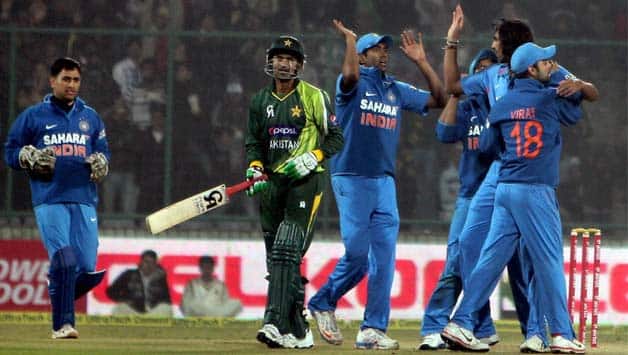 Pakistan toured India towards the end of 2012 © PTI

Pakistan cricket authorities have sought an explanation and details from the Board of Control for Cricket in India (BCCI) after media reported that the Pakistan Cricket Board (PCB) owed the BCCI around seven to eight million rupees.

Media reports said after a BCCI meeting recently that a number of Test-playing nations were to clear outstanding dues with the BCCI and the PCB was listed as one of the defaulters.

The reports said the PCB owed the India‘s cash rich BCCI around seven to eight million since early 2000-2001.

“We sent a letter to the BCCI asking them to kindly let us know the details of this amount which we are supposed to owe them,” a PCB official said.

“But so far we have received no clear reply but we have been told the amount relates to expenses made by the BCCI on behalf of the PCB during bilateral series,” he said.

The official said the PCB was willing to clear the matter once it got details of the outstanding amount.

Another official said: “The fact is that there was no agreement between the BCCI and PCB for the series over revenue sharing. It was our decision to go to India for the short series in a bid to at least resume bilateral cricket ties between the two nations.”

“So it is not correct that we lost money in the series,” he added.

The PCB recently announced a provisional budget for the fiscal year 2013-14 with a deficit amount of 500 million rupees.

The PCB has struggled with its finances since 2009 when foreign teams stopped touring the country because of security reasons.

The official said that after the approval of the provisional budget at the recent governing board meeting the players would now be paid their outstanding central contract dues with a 15 per cent increase in their monthly retainers. 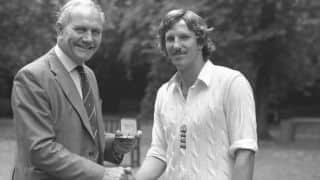 Ian Botham becomes the quickest to 1,000 runs and 100 wickets in Test cricket

Kumar Sangakkara lashes out at SLC for questioning his loyalty