The Pakistan Cricket Board has questioned the BCCI's proposed FTP structure for the 2019-2023 cycle, which expectedly does not feature Indo-Pak bilateral series.

The Pakistan Cricket Board has questioned the BCCI’s proposed FTP structure for the 2019-2023 cycle, which expectedly does not feature Indo-Pak bilateral series.

The BCCI has maintained its stance that unless the Government of India gives clearance, no bilateral series (home or away) will be possible.

India has also not kept Pakistan amongst its six proposed opponents for the World Test Championship beginning in 2019.

PCB made it clear to the ICC that if it gets a favourable verdict in the Dispute Resolution Process that it has initiated against the BCCI, it will object to the current FTP structure.

“Since the onset of these discussions, PCB has reiterated its position on bilateral series vs India. Our position is that PCB’s agreement to the revised structures for international cricket is subject to the condition that PCB has a valid agreement to play bilateral matches with India and India vs Pakistan matches would be included in the FTP. This continues to be our position,” a PCB release stated.

Due to the prevailing political climate, BCCI made it clear that it won’t be playing Pakistan in a bilateral series.

“PCB has also informed the ICC that it has initiated a dispute resolution process against the BCCI under the ICC Dispute Resolution Committee Terms of Reference.

“Further to that the PCB’s claim is based on an existing agreement with the BCCI which contemplates that India will tour Pakistan in December 2019, August 2020 and Nov Dec 2022 and Pakistan will tour India in Nov Dec 2021,” the release claimed.

It concluded by stating that the PCB will object to the new FTP if it gets a favourable verdict.

“Under the prevailing circumstances, it is PCB’s position that if the Dispute Resolution Committee decides the dispute in PCB’s favour then any FTP will need to be adjusted to reflect the decision.

“Any agreement of the PCB to any new FTP structure will therefore be without prejudice to its existing claims against BCCI and will be subject to the outcome of the ICC dispute resolution process.”

A reliable source in the PCB said Pakistan would also be taking up the issue of the BCCI not willing to host the Asia Cup next year in September due to Pakistan’s participation. 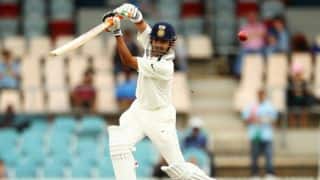 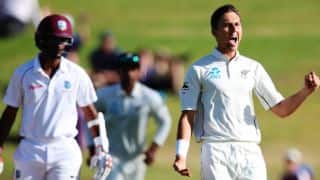