PCB is likely to set the ball rolling to file a compensation claim in the jurisdiction of the UK courts against BCCI for not honouring a MoU signed between the two Boards.

Karachi: Pakistan Cricket Board (PCB) is likely to set the ball rolling to file a compensation claim in the jurisdiction of the UK courts against BCCI for not honouring a MoU signed between the two Boards in 2014 to play bilateral series, according to sources. An official source in the Board told PTI today that the PCB would first write to the BCCI asking the Indian Board to make it clear whether they want to honour the MoU and play a bilateral series or not. “Once the PCB gets a clear answer from the BCCI its legal team will then work on moving a claim and case in a London court against the BCCI in which the ICC will also be made party,” he said.

“The ICC is witness to the signing of the MoU document,” the source said. The source explained that the case would most likely be filed in a London court because the PCB could not seek legal recourse in India and Pakistan for obvious reasons. The Board of Governors of the PCB on Saturday gave approval for adopting legal recourse/channels against the BCCI for not honouring the Memorandum of Understanding (MoU) between the two Boards signed in 2014 to play bilateral series.

PCB given approval for legal action against BCCI

Shaharyar Khan, who heads the PCB, and Najam Sethi, who heads the executive committee, told the media in Karachi after a meeting of the BOG that the members had given approval for using legal channels to seek compensation for the financial losses suffered by the PCB due to India not honouring the MoU.

The source said that the Board had already asked its financial advisors and legal team to work out the estimated losses suffered by Pakistan due to India not playing bilateral series twice since 2007 which were supposed too be hosted by Pakistan. “The estimated losses will be worked out on basis of the agreement the PCB has with its broadcaster which states that separate negotiations and contracts will be signed for any Indo-Pak series hosted by Pakistan,” the source said.

“The estimated losses are in millions as India has not played with Pakistan in a Test series since 2007.” The PCB had signed a MoU with the BCCI to play six bilateral series between 2015 and 2022. The source also said that the Future Tours Programme of the PCB included a slot for a series with India in December 2017 and it was being kept vacant in case any development takes place on the part of the BCCI after the filing of the compensation claim.

He said the BOG gave approval for the filing of the case since Sethi made it clear that as chairman of the Board in 2014 he had given Pakistan’s support for the Big Three governance system only on condition that the MoU would be honoured by India. “This will also be a part of the compensation claim case against India with ICC as third party since Pakistan’s support for the Big Three was conditional to the MoU being honoured.”

The source disclosed that the BOG had told Shaharyar and Sethi that they should go to any extent to resolve the issue of Pakistan and India bilateral series or get compensation and should not worry about the legal expenditures involved in filing cases in the UK courts. 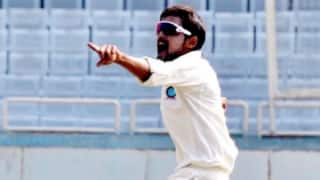 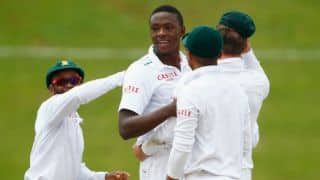 Year-ender 2016: South Africa's forgettable year as a team but memorable one as individuals