The Pakistan Cricket Board (PCB) will seek all records of the spot-fixing case involving Essex player Mervyn Westfield as it wants to take a final decision on Test leg-spinner Danish Kaneria's future. 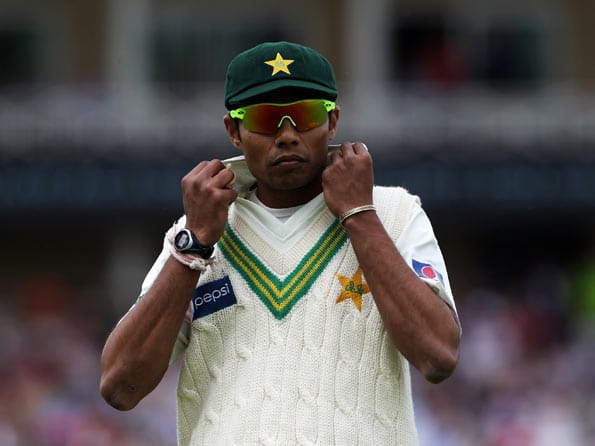 “If we are satisfied Kaneria was clear in this whole affair he will be immediately cleared to play for Pakistan,” a PCB official said Getty Images

The Pakistan Cricket Board (PCB) will seek all records of the spot-fixing case involving Essex player Mervyn Westfield as it wants to take a final decision on Test leg-spinner Danish Kaneria’s future.

Westfield is due to be sentenced on February 9 or 10 by a crown court in London and so far Kaneria’s name has not cropped up in the trial although the leg-spinner was initially questioned by Essex police in 2010.

Kaneria was questioned following an investigation into allegations that spot-fixing had been done in a Pro-40 match between Durham and Essex in 2009 in which both Westfield and Kaneria were involved.

The Essex police later cleared Kaneria in the case for lack of evidence but the Pakistan board has since October 2010 not considered him for national selection due to doubts expressed by its integrity committee.

Westfield who has confessed to have taken 6000 pounds to do spot-fixing in the match is due to be sentenced next month.

“Only after Westfield is sentenced will the entire records of the case be available for the public. We intend to secure these records as well to satisfy ourselves to the extent to which Kaneria was involved in the investigations,” a senior board official said.

He said the PCB would through its legal team try to obtain the records as soon as the trial was over but this could take some time.

“We want to be completely satisfied before we can give clearance to Kaneria for national selection,” the official told PTI.

“If we are satisfied Kaneria was clear in this whole affair he will be immediately cleared to play for Pakistan,” he added.

Kaneria had even gone to court in an attempt to persuade the PCB to clear him for national selection as he claims the Essex police and ICC have both cleared him but the PCB official said that they could not afford to take any risk.

“It was not an easy decision for us but given the seriousness of the case we could not afford to take any risk. We are not saying Kaneria is guilty but after the spot-fixing scandal involving, Salman Butt, Mohammad Asif and Mohammad Amir we have zero tolerance policy on this issue,” the official said.

The official pointed out that so far the PCB had not seen any record of the ongoing spot-fixing trial involving Westfield as it was court property.

Kaneria has even met with the new Chairman of the board, Zaka Ashraf to plead his case and has been assured of justice and a quick decision soon. (PTI)