Permutations and combinations: Can Virat Kohli's Royal Challengers Bangalore make it to playoffs of IPL 2016?

Permutations and combinations: Can Virat Kohli's Royal Challengers Bangalore make it to playoffs of IPL 20

If Virat Kohli's Royal Challengers Bangalore lose their remaining contest, they will have to depend on permutations and combinations of other teams.

With 16 points under their belt, Sunrisers Hyderabad (SRH) are the only team who are close to booking a place in the playoffs of Indian Premier League (IPL) 2016. Last night, Virat Kohli‘s Royal Challengers Bangalore (RCB) put up a stellar performance by demolishing Kings XI Punjab (KXIP) to jump to No. 2 spot in the points table. They have been in an upward for the last few games and are itching to enter the penultimate stage of this T20 domestic extravaganza. Both RCB and Mumbai Indians (MI) have same number of points and still have a game to play. However, MI’s net run-rate will eventually put them in a spot of bother. Let’s walk through the permutations and combinations of IPL 9: FULL CRICKET SCORECARD: Gujarat Lions vs Kolkata Knight Riders, IPL 2016, Match 51 at Kanpur

Sunrisers Hyderabad: After 12 games, they have 16 points and a net run-rate of +0.40. If they manage to emerge victorious in either of their remaining 2 contests, they will book a place in the playoffs.

Royal Challengers Bangalore: RCB are one win away from glory. With Kohli going all guns blazing, RCB’s last 2 comprehensive victories have helped their net run-rate shoot up to +0.93. Nonetheless, if they lose, they will have to depend other team’s permutations and combinations.

Kolkata Knight Riders: KKR started this year’s campaign by getting the better of best of the teams. However, they failed to maintain the winning streak. With 2 games yet to be played, they can make it to the final four by winning either of the matches, preferably two just to stay ahead in the net run-rate race.

Mumbai Indians: MI have only one match to play. And, they have no option but to edge past Gujarat Lions (GL) by a huge margin, given their net run-rate is -0.082.

Gujarat Lions: GL were at the top of the table for a long time, but lost 4 out of the last 5 matches, pulling them at No. 5 in the points table. Though they have 2 matches to play, their outrageous net run-rate of -0.747 can storm them out of the tournament.

Delhi Daredevils: Along with GL, a team that failed to keep the momentum is Rahul Dravid-mentored DD. With methodical approach and  clinical performances, this team grabbed the best teams by their collar and were often at the doorstep of victory. However, with only 12 points to their name, they have to win the next 2 contests and heavily rely on other teams’ results. 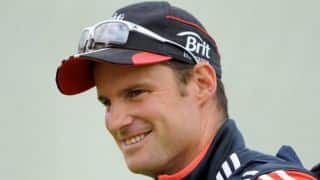 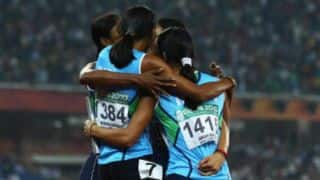