Gautam Gambhir is disappointed at the criticism directed towards under-fire India wicket-keeper batsman Rishabh Pant who is under pressure to keep his place following a string of failures.

Gambhir picked out the recent comments from India head coach Ravi Shastri and batting coach Vikram Rathour who openly asked Pant to not be careless and that if he plays more rash shots, there will be ‘rap on the knuckles’.

Pant has been India’s No.4 in the T20Is since February this year and has played eight times since, with a best of 65 not out against West Indies in August. However, in the remaining eight innings – Pant has totalled 38 runs with five single digit scores.

“Personally, I have always backed Sanju Samson ahead of Rishabh for wicketkeeper-batsman’s role but it is disappointing to see the team management using words like ‘from fearless to careless’, ‘wrap on Rishbah’s knuckles’ and ‘need for a backup of Rishabh’,” Gambhir wrote in his column for The Times of India.

He said the 21-year-old needs to be treated better and needs to be reassured of his importance in the team. “This is no way to handle a young human resource. Everyone wants him to play ‘sensible’ cricket. I don’t know what that means. What I do know is that the boy is now playing for survival rather than scoring runs. From the outside it seems that his mindset is all over the place. Someone needs to put an arm around his shoulder and tell him that he is wanted in the team,” Gambhir said.

Against South Africa in the 2nd T20I at Mohali, Pant was dismissed on four dragging down a half-tracker towards short fine leg and now he clearly is feeling the pressure.

The third and final T20I of the series is to be played on Sunday in Bengaluru and Gambhir expects India to dominate, he feels in now way that this contest is a do-or-die for Pant. “I expect India to boss around in the final T20 as well. I hope there is a balance of support in the pitch in Bengaluru. Too much tilt in favour of batsmen is never a good spectacle. Last chance for Rishabh? It is a ridiculous debate to even engage in,” he said. 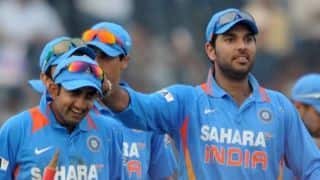